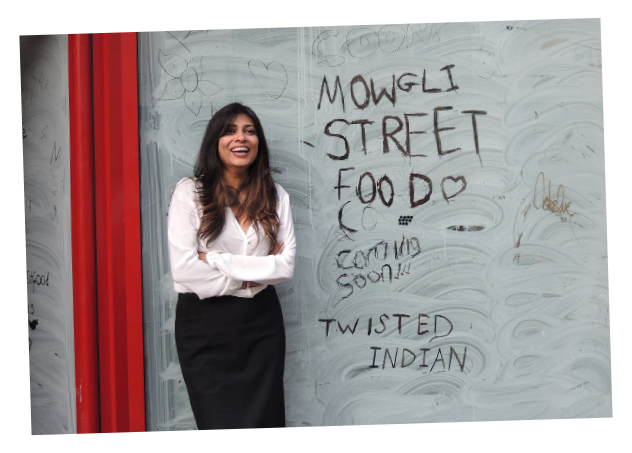 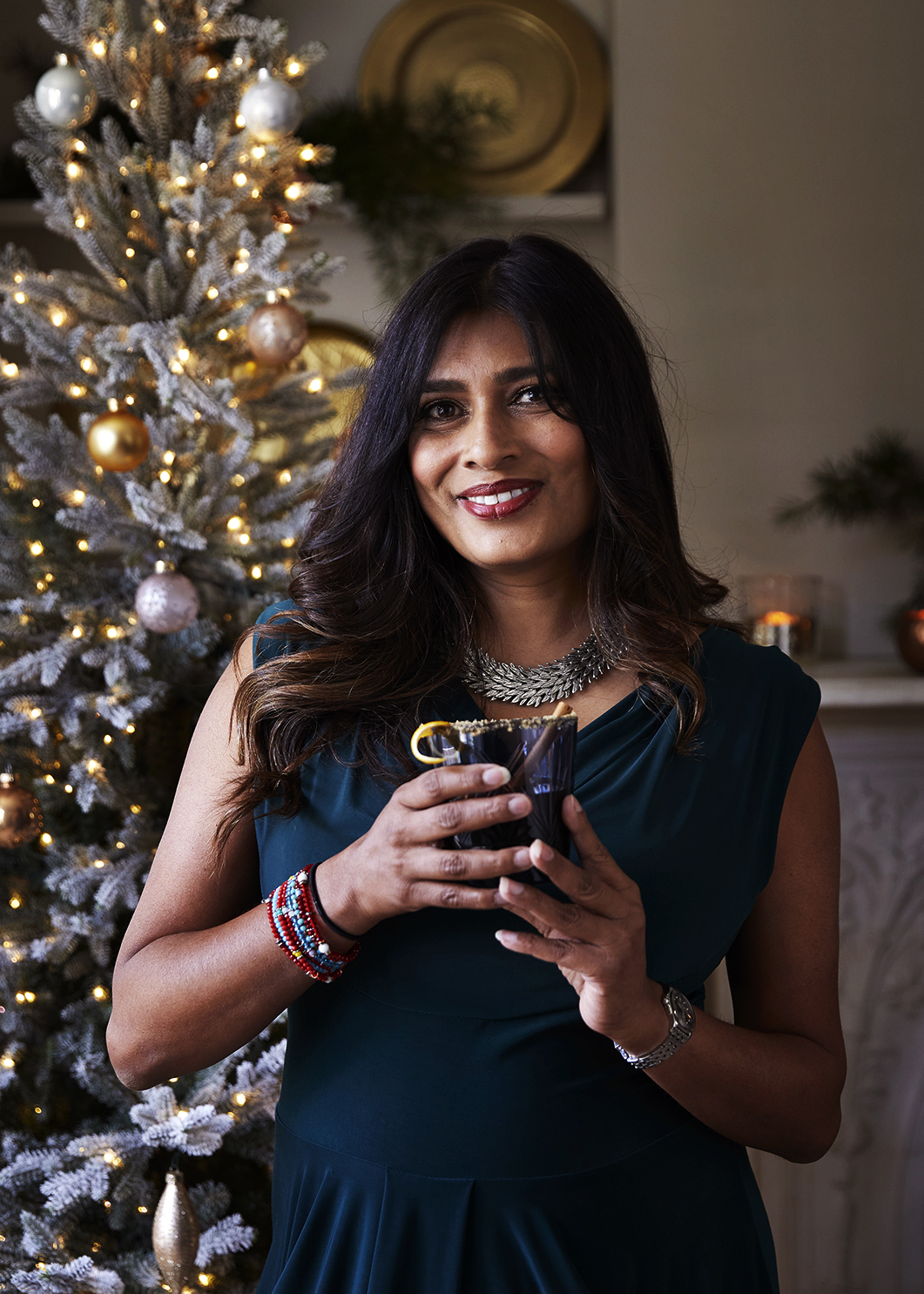 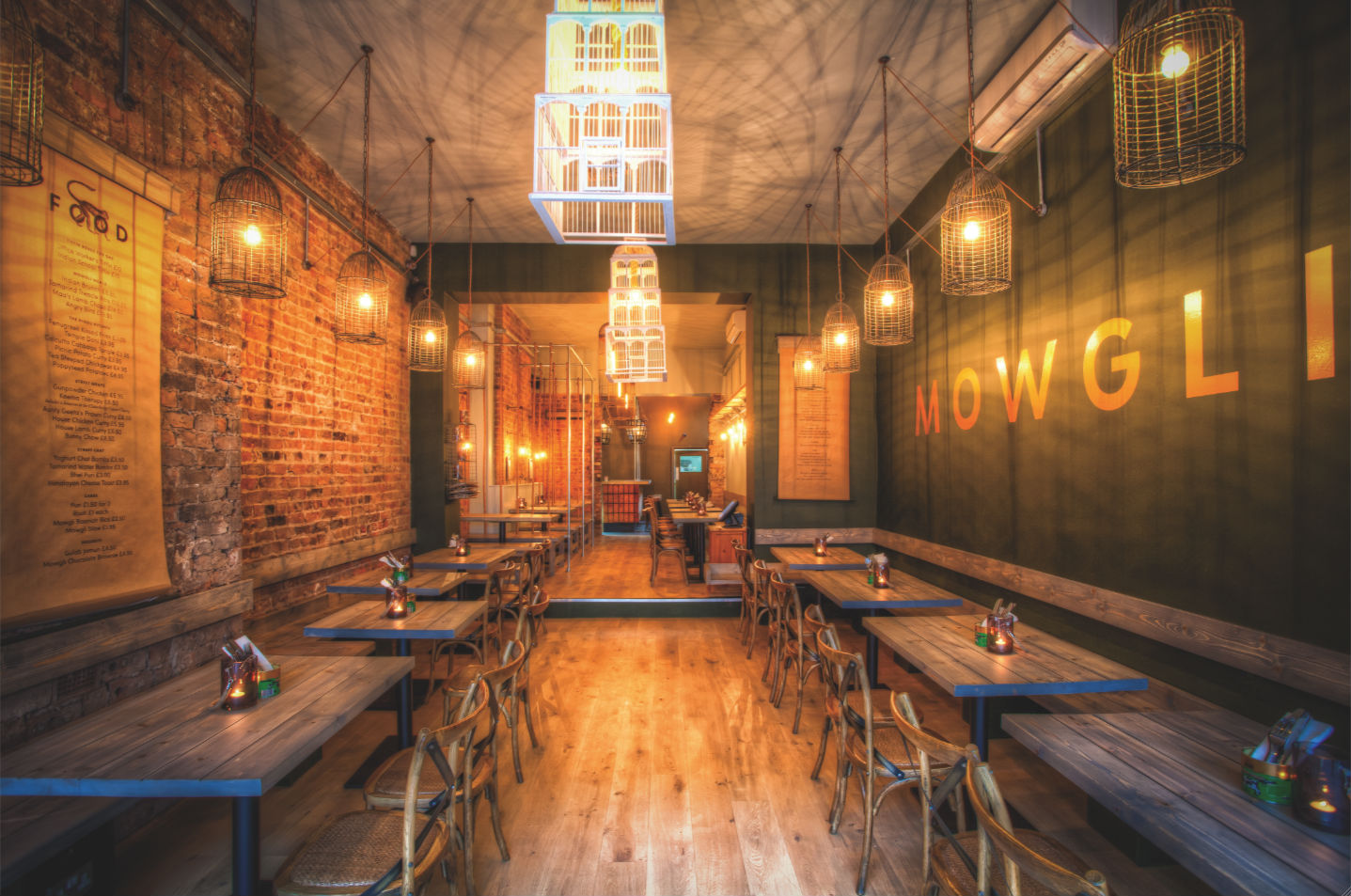 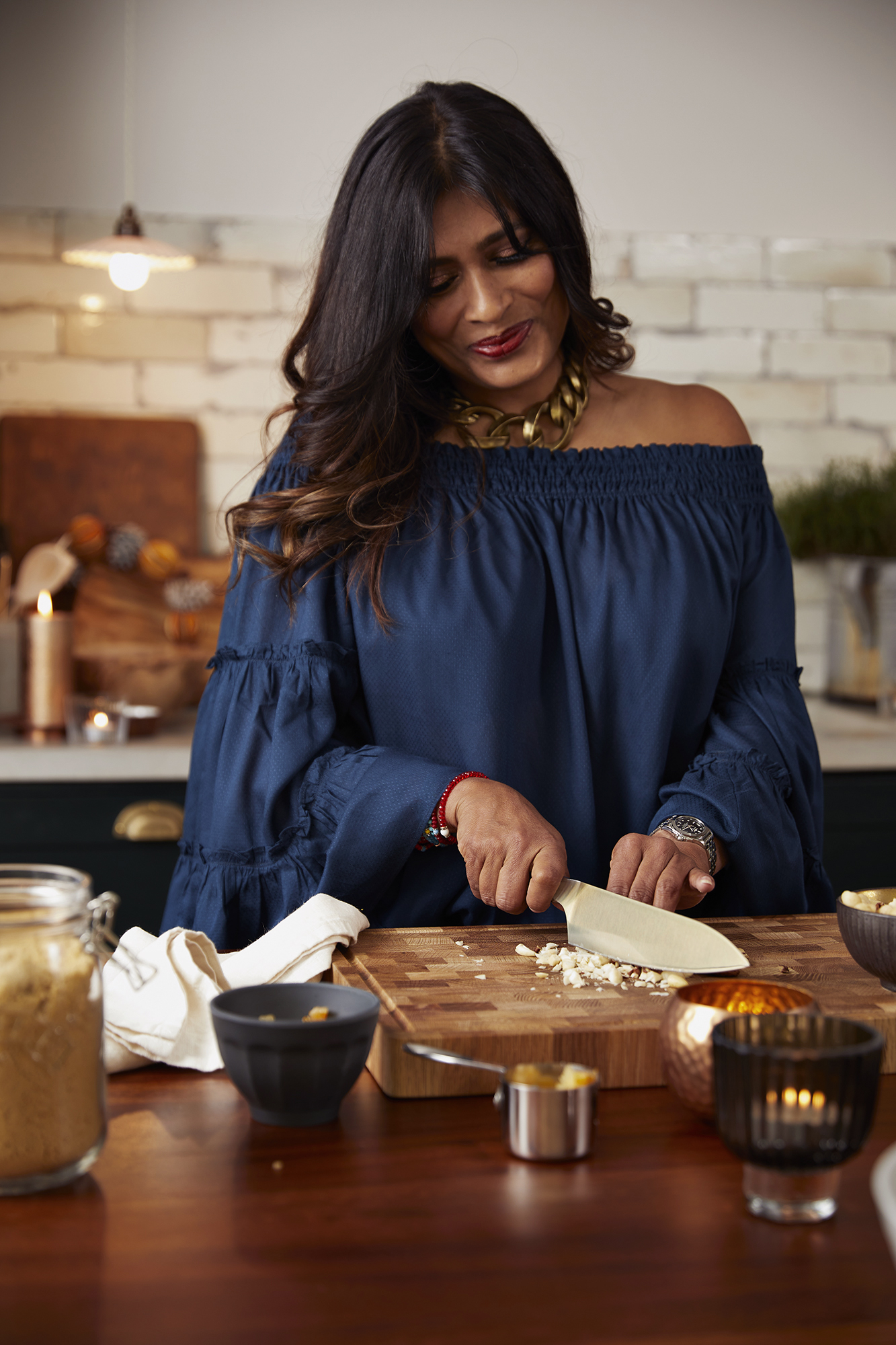 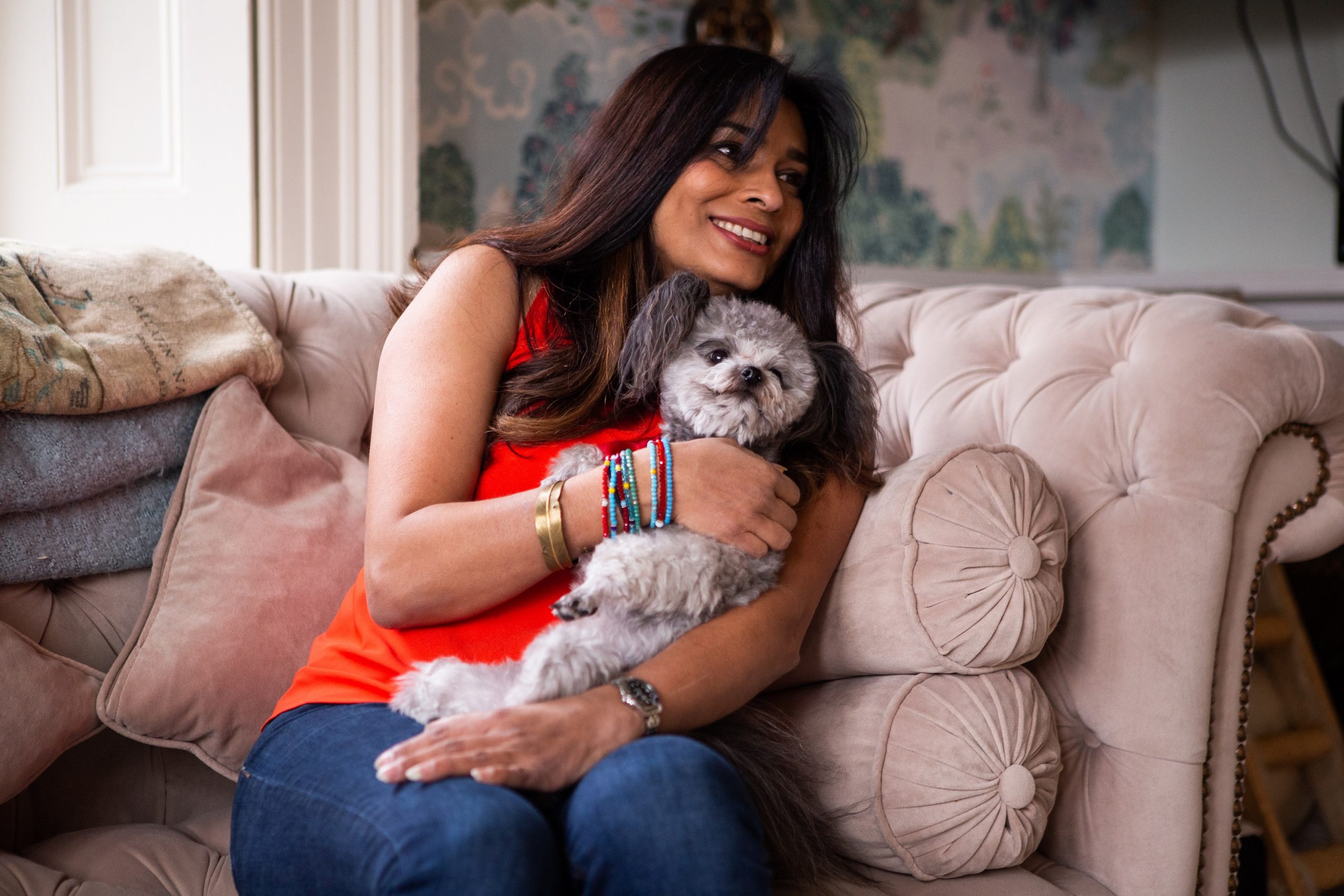 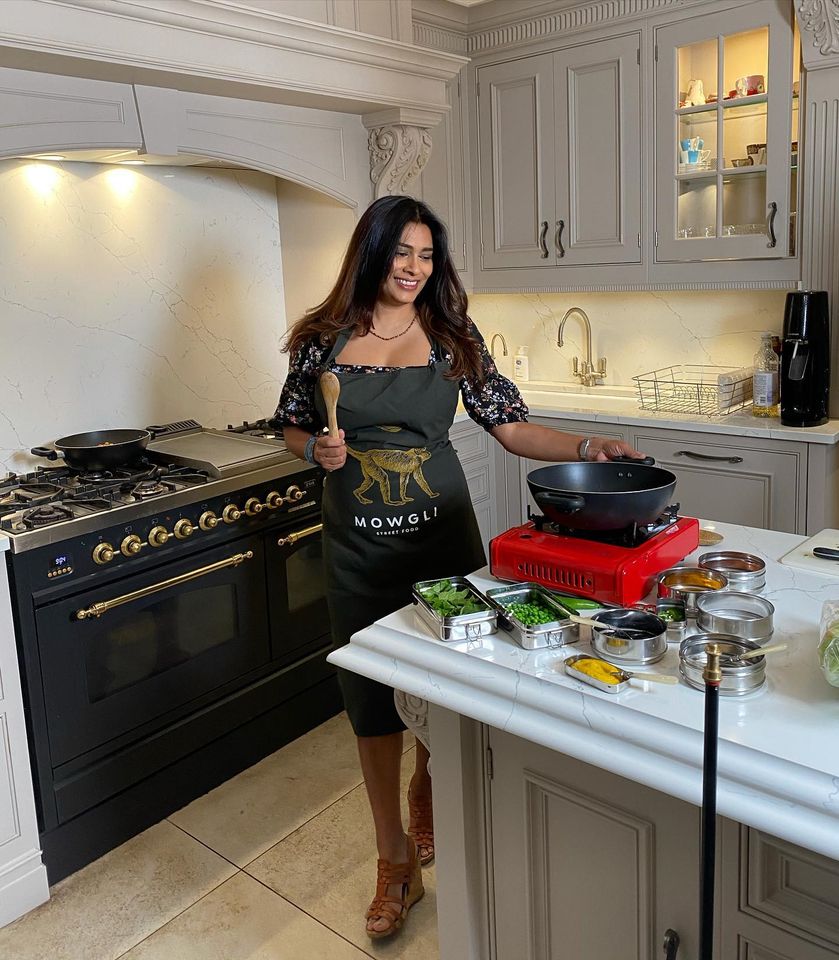 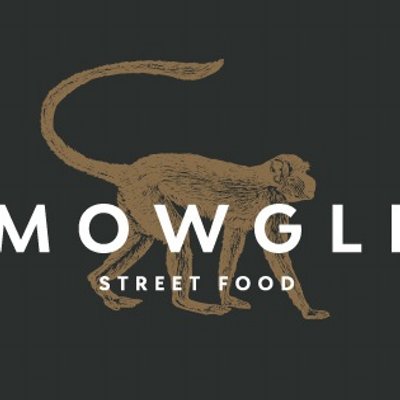 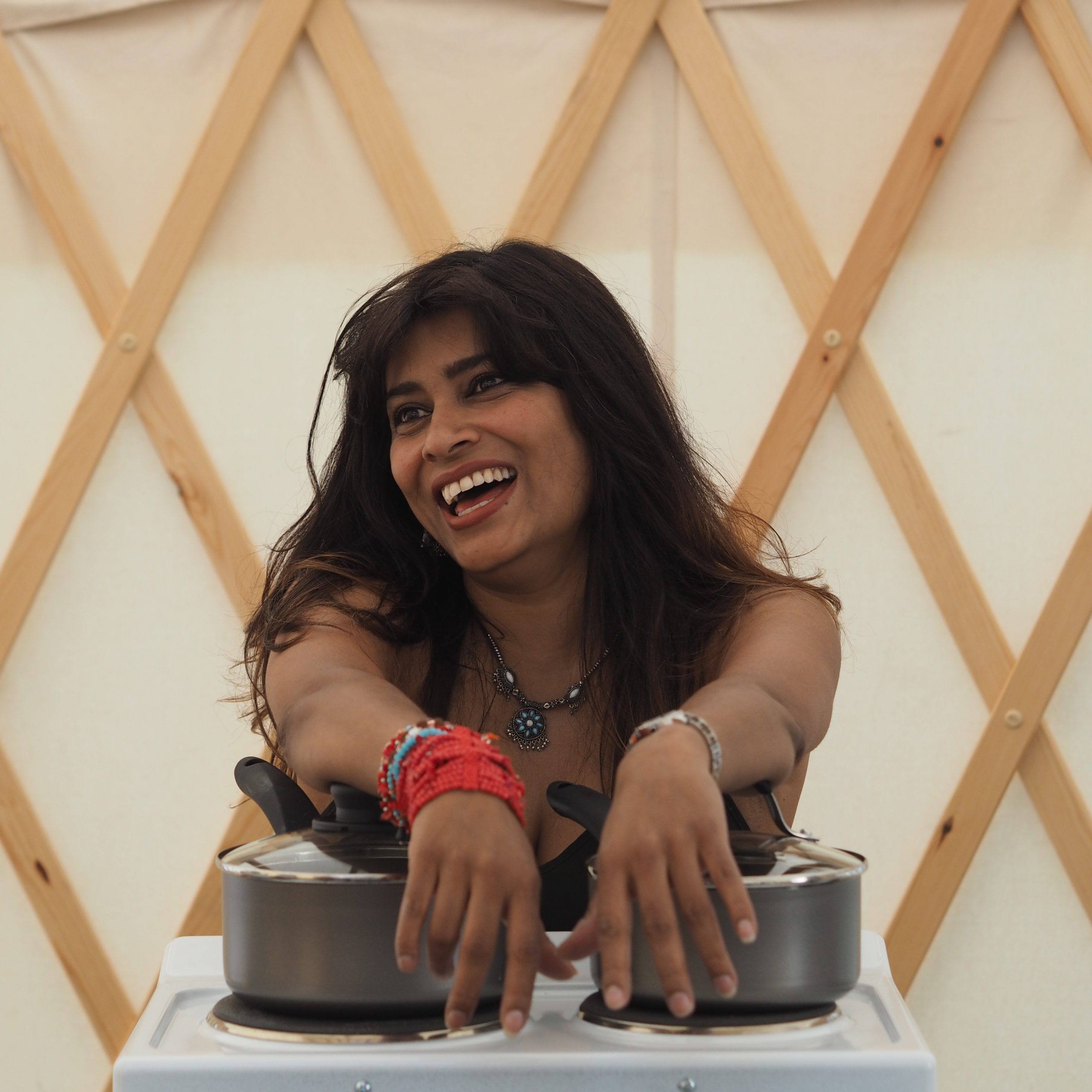 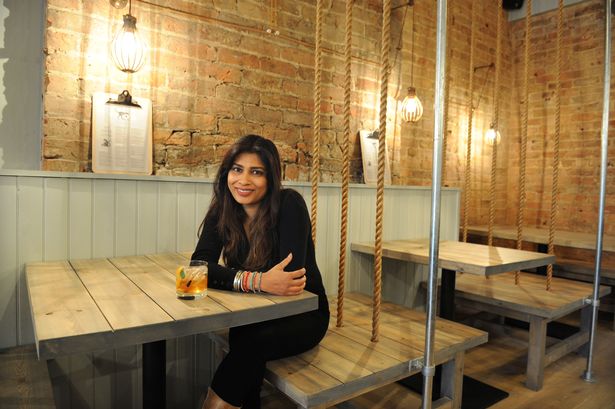 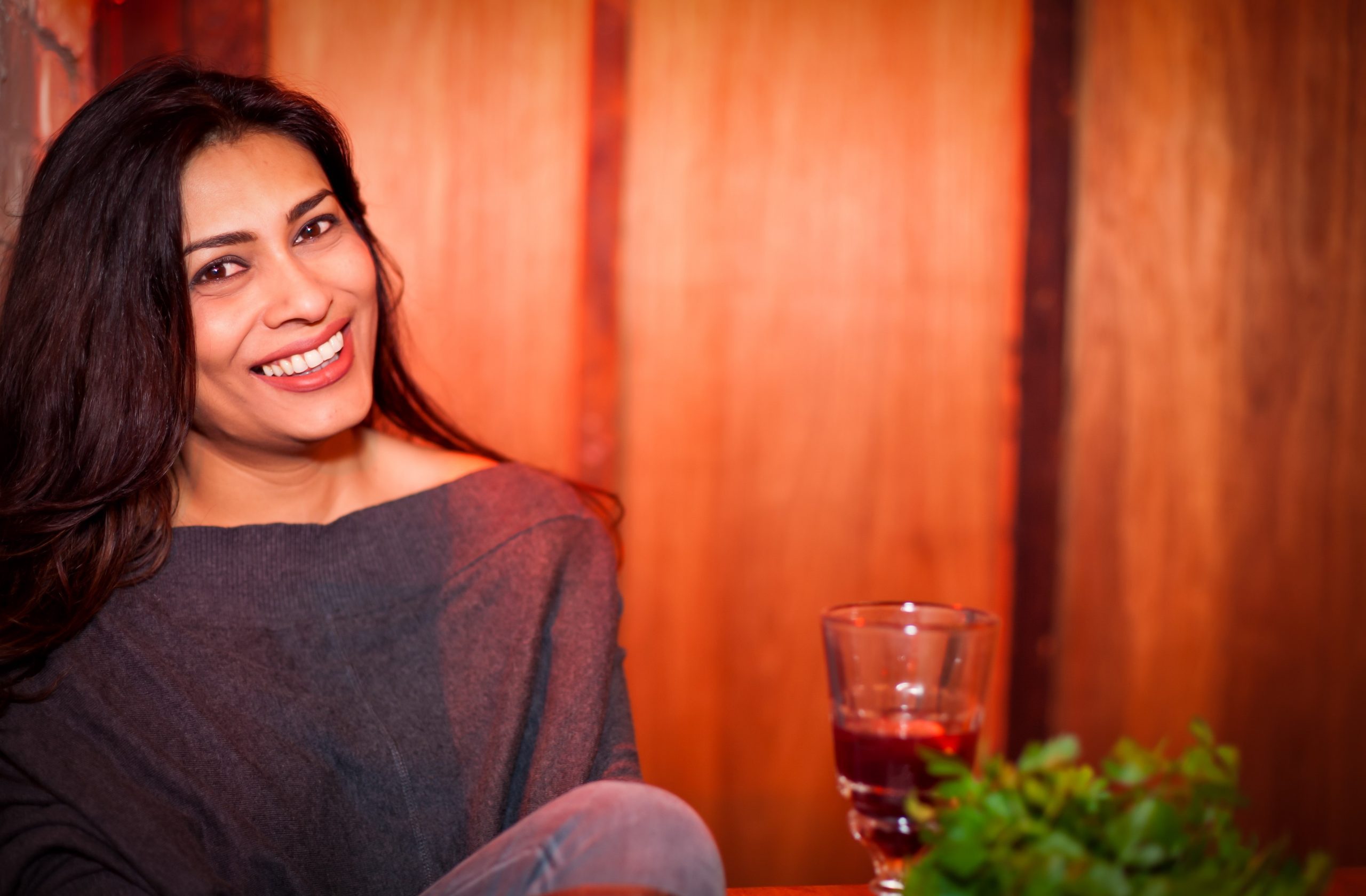 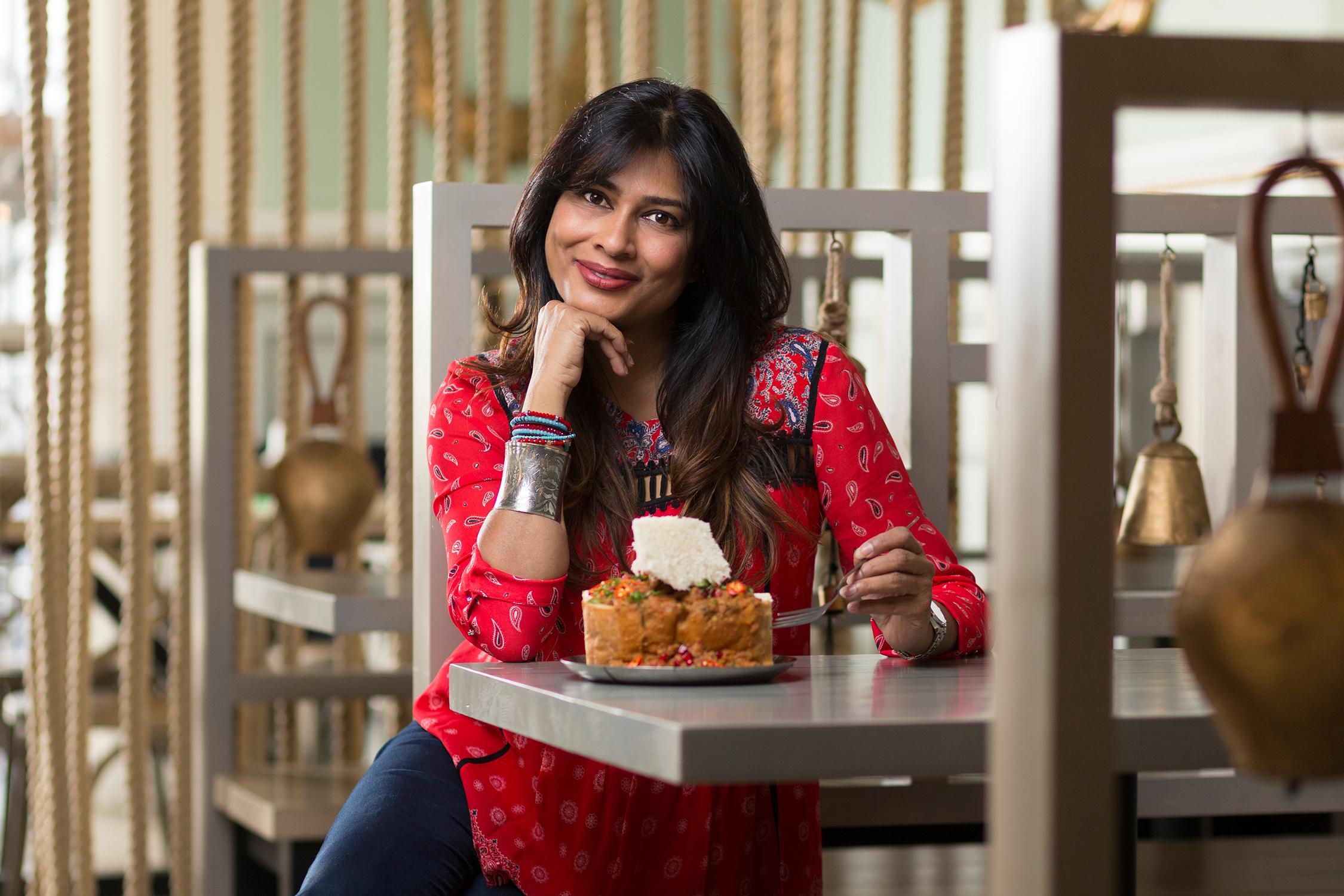 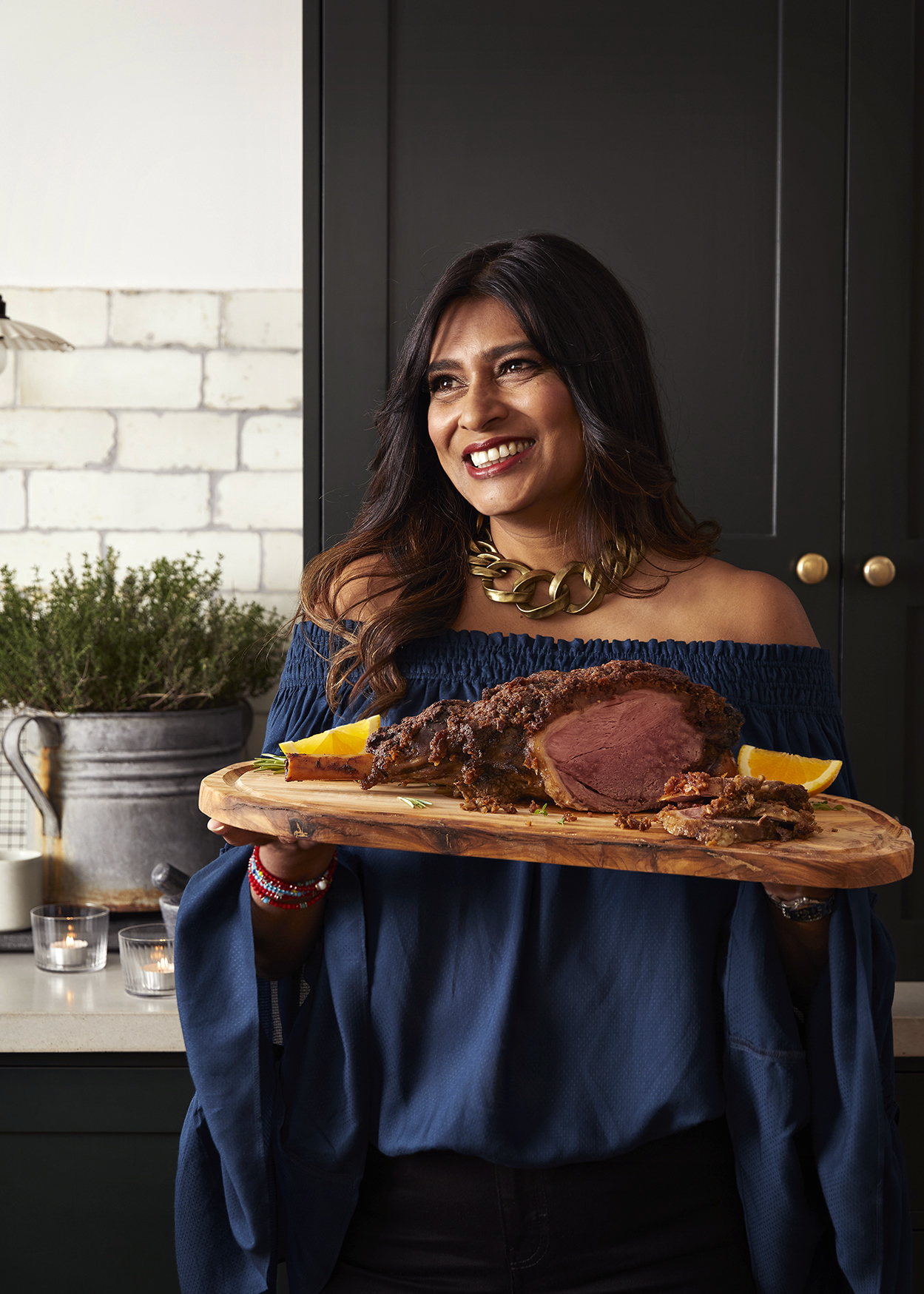 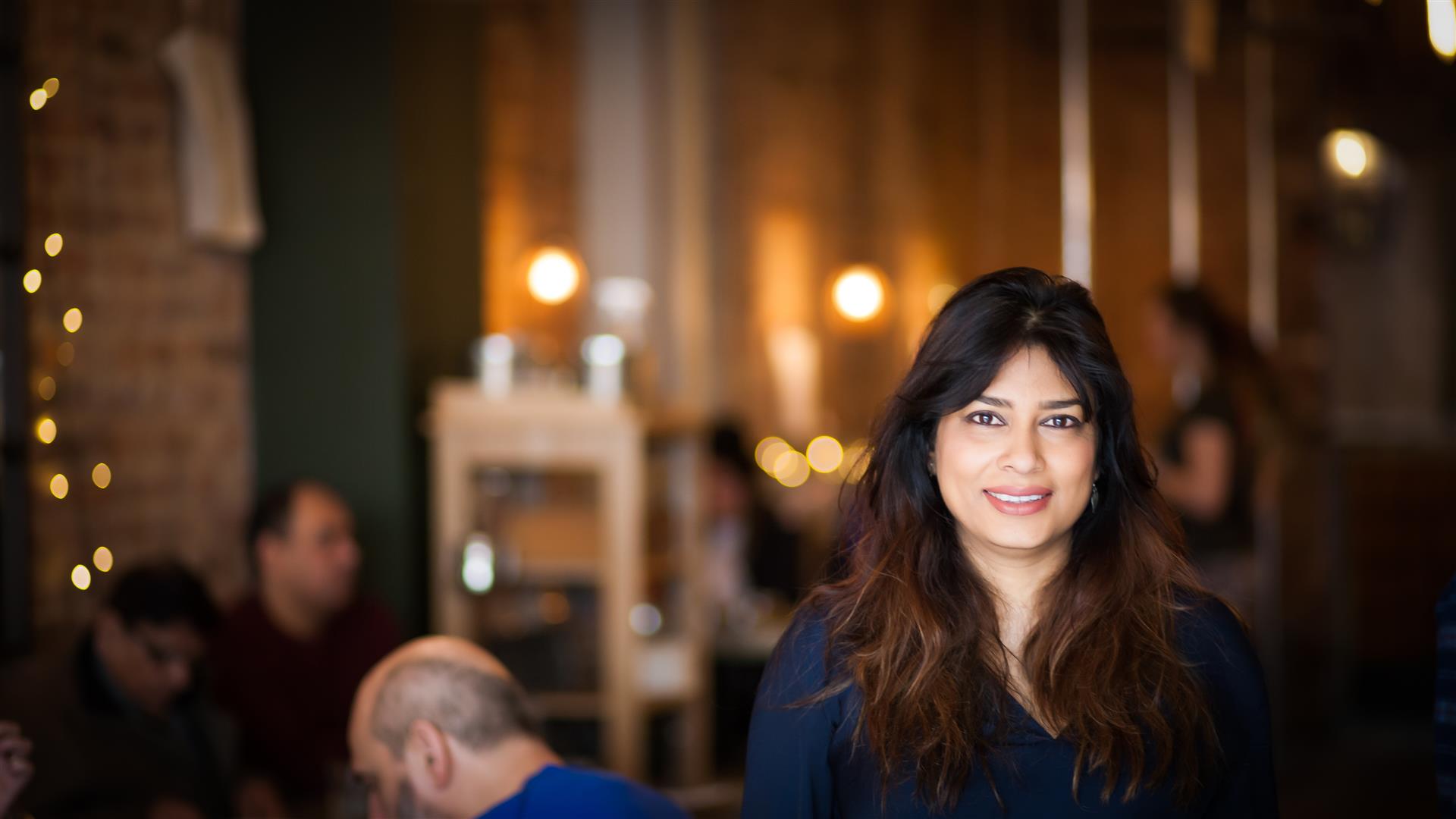 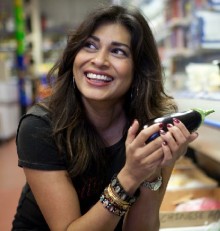 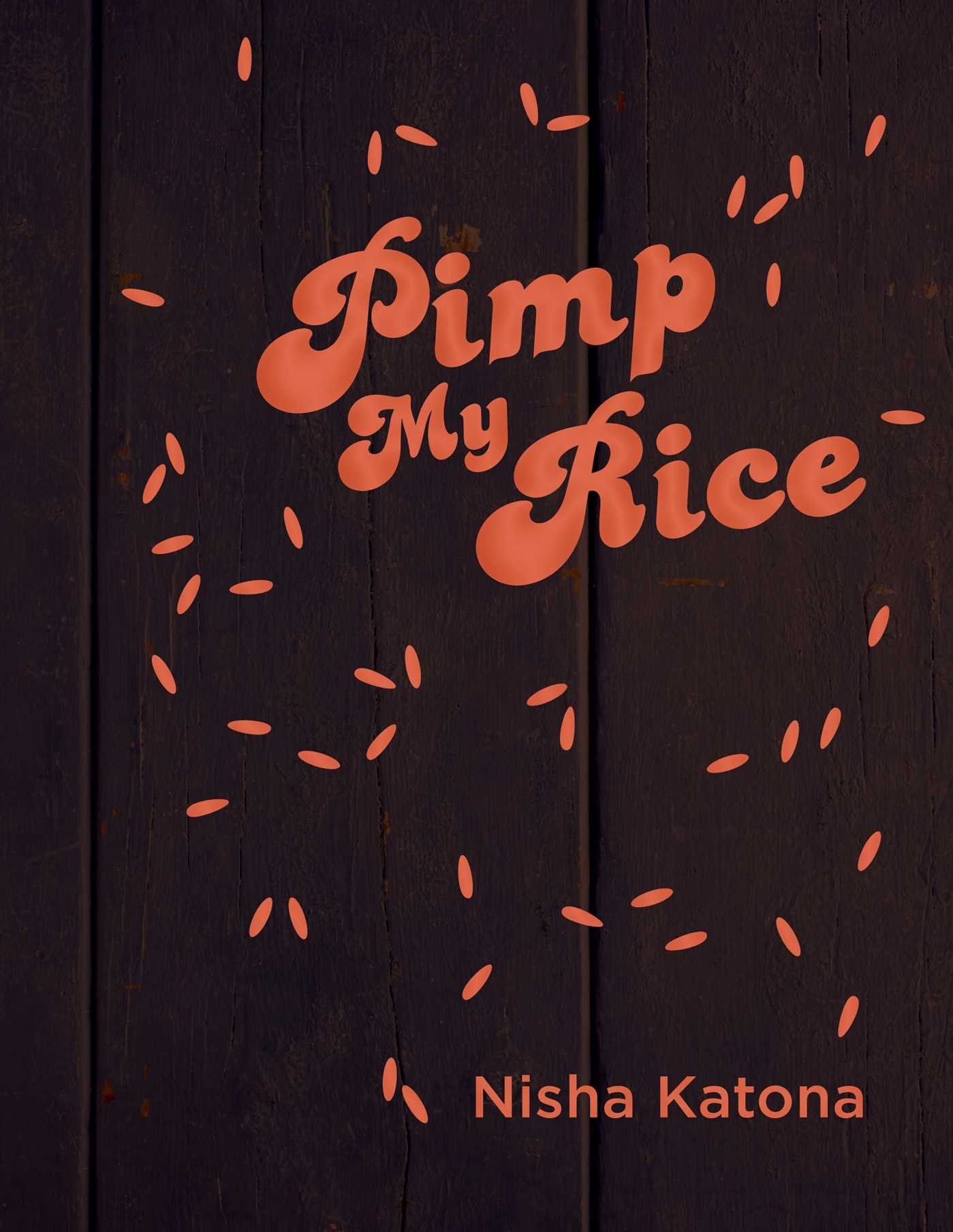 Nisha Katona MBE is passionate about the way the world cooks and the anthropology of food having built her business, Mowgli Street Food, as a curry evangelist. She is the CEO, executive chef and development chef of Mowgli Street Food restaurants and founder of the Mowgli Trust charity. Nisha is also an author, food presenter and TV cook amongst other things.

She has incredible warmth and is an excellent public speaker, so is completely comfortable in front of the camera. You fall in love with her and her recipes the moment you set eyes on her.

Nisha’s first book Pimp My Rice was published in 2015. Nisha’s book aims to impart readers with the secret formulas of the Indian kitchen in the form of a rice bible. Nisha’s second book, The Spice Tree, was published in 2017. It showcases beautifully straightforward authentic recipes, aimed at simplifying Indian food to four easy steps. Mowgli Street Food was published in 2018 and The 30 Minute Mowgli followed in 2021, both books tell the stories and recipes from her Mowgli restaurants for people at home. Nisha’s latest book Meat Free Mowgli was published in November 2022.

Nisha is one of the new judges for BBC’s Great British Menu alongside Tom Kerridge and Ed Gamble. She has appeared in various other television programmes, including presenting her 2018 series on BBC2 Recipes that Made Me, which saw Nisha travelling the UK to meet families cooking dishes from all over the Indian subcontinent. In 2018, Nisha was also the judge on BBC2’s hugely popular new series Top of the Shop with Tom Kerridge, where she helped to find the UK’s best amateur artisan food producers. Nisha has made regular appearances on Channel 4’s Sunday Brunch, ITV’s Lorraine, and is also a regular on ITV’s This Morning demonstrating her fool-proof, simple recipes with ease and an infectious passion for her food. Nisha has featured on BBC1’s The One Show, BBC2’s new series with Fred Siroux Remarkable Places to Eat and in 2021 Nisha presented the Channel 5 series Secrets of Your Supermarket Food. In 2021 Nisha presented the brand-new Channel 4 series, A Taste of Italy, in which she travels across Italy uncovering recipes passed down through generations and hidden foodie gems. Nisha is one of the professional cooks and judge on ITV’S Cooking with the Stars.

Nisha’s most exciting venture is her restaurant business, Mowgli Street Food. Mowgli is all about the fresh reality of Indian home cooking, it is a million miles away from the ‘curry house’ experience. The first Mowgli opened in Liverpool, in 2015. It was such a success that a second site in Manchester’s sought-after Corn Exchange building opened soon after. Mowgli has now expanded across the UK with a further nine restaurants in; Birmingham New Street, Nottingham, Oxford, Sheffield, Cardiff, Leicester, Leeds, Cheshire, Cheltenham, London, Glasgow, Preston along with a second in Liverpool. An additional three restaurants are to open in the near future, taking the restaurant chain to 18 sites.

Prior to taking on the restaurant business, Nisha was a practising Barrister in child protection. In 2008 the Department of Culture, Media and Sport appointed her as a trustee of National Museums Liverpool. In 2009, the Cabinet Office appointed her as an Ambassador for Diversity in Public Appointments; in this capacity Nisha has been engaged as an expert advisor by The Guardian newspaper.

Since 2016 Nisha and Mowgli have been richly and deservedly rewarded for their excellent work, receiving a number of awards, including: Business of the Year at City of Liverpool Business Awards, Wireless Social’s Woman Entrepreneur of the Year, Best Value Restaurant Operator – R200 Awards in 2018. Recently they have also won Trailblazer of the Yearat Casual Dining Awards 2020, Good Food Award for 2019, The Sunday Times Fast Track 100 Management Team Award and in 2020 Mowgli won the Emerging Brand Award. To her joy Nisha was honoured with an MBE in the New Year’s Honours list 2019 for services to the Food Industry.