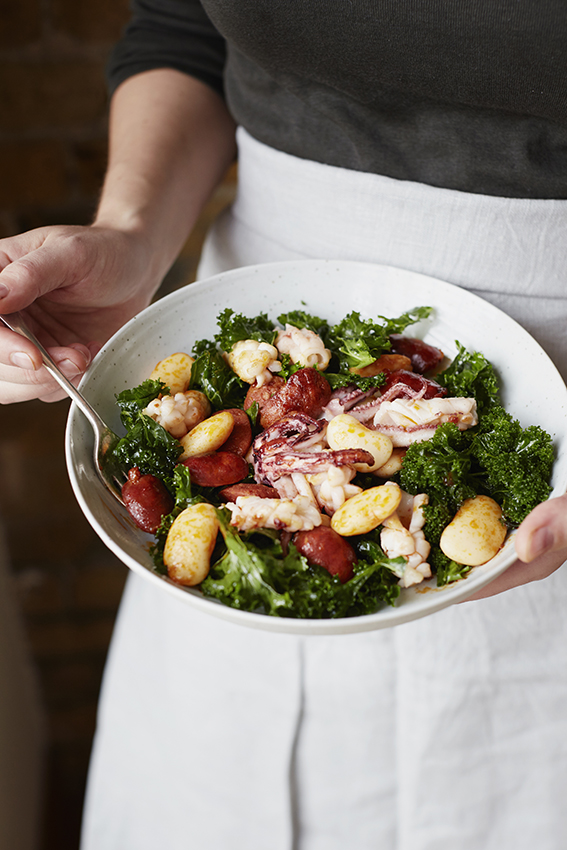 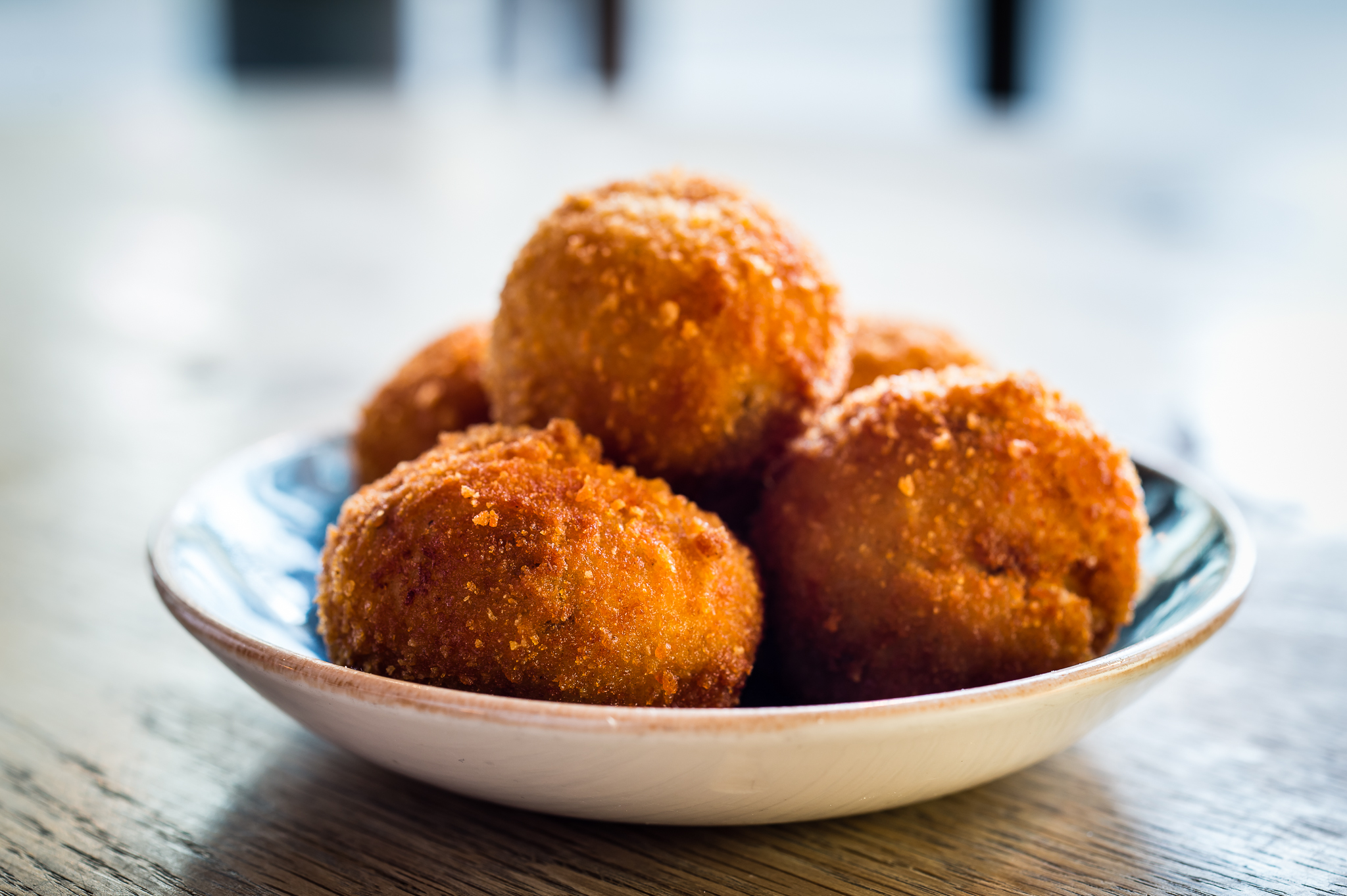 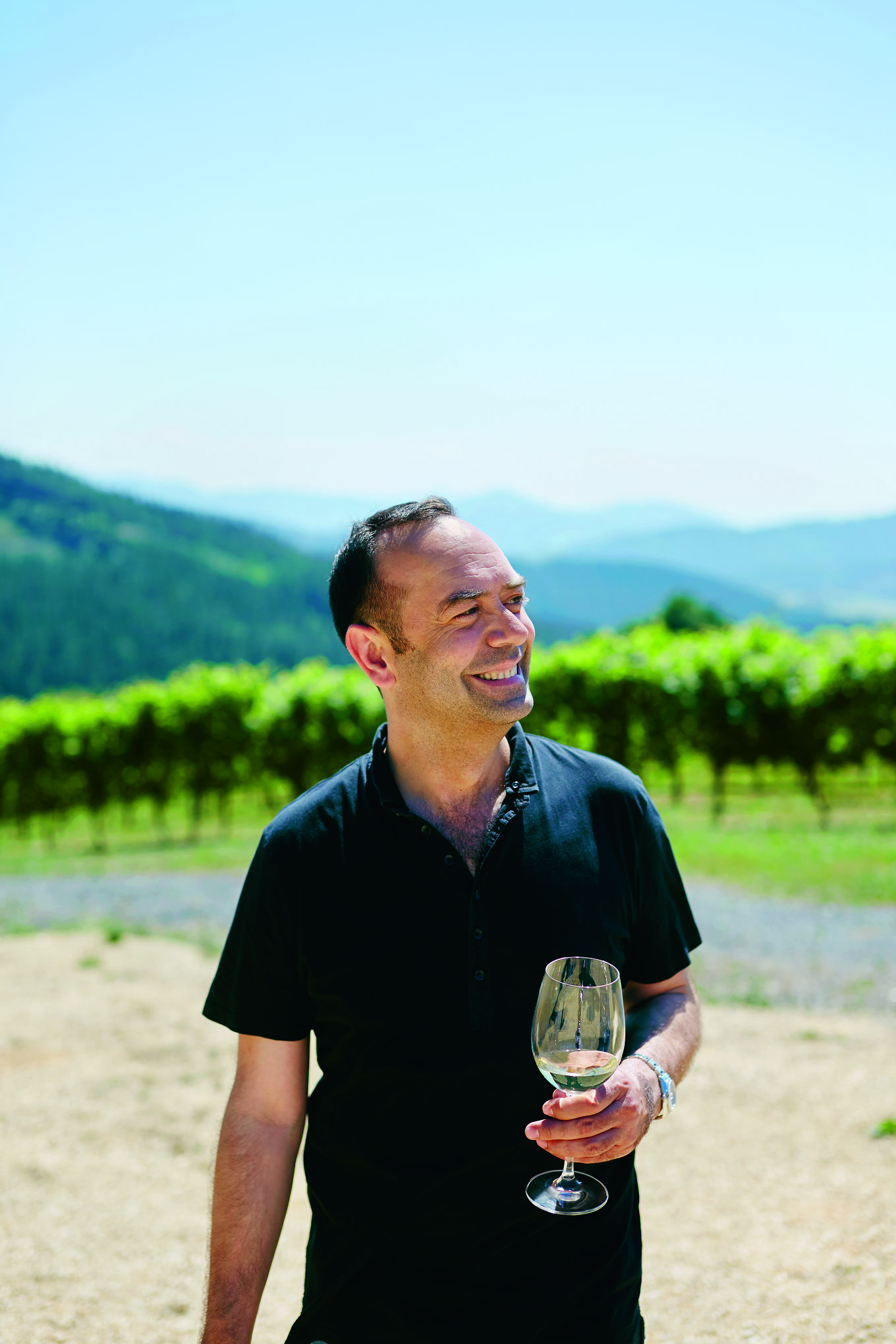 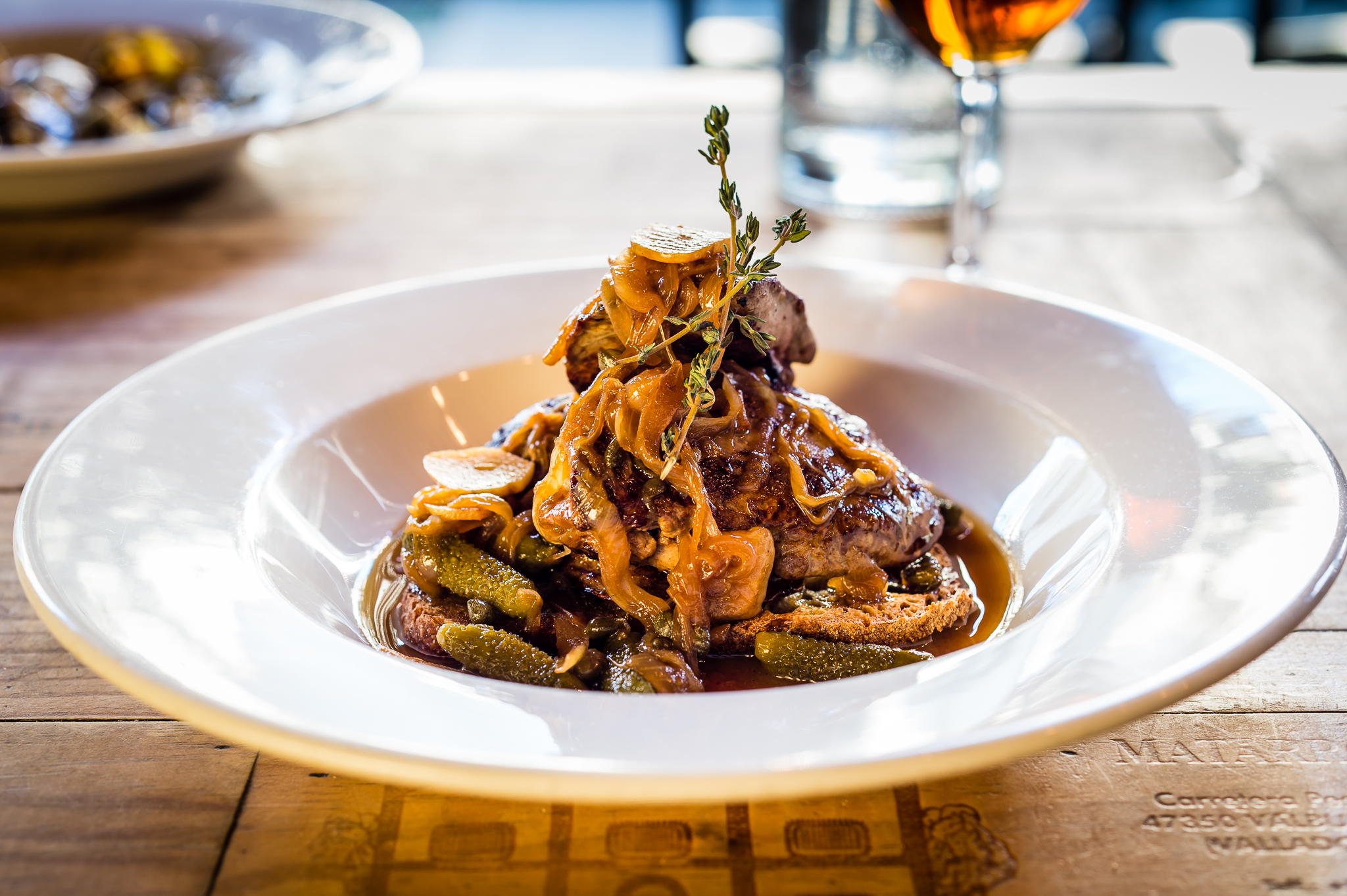 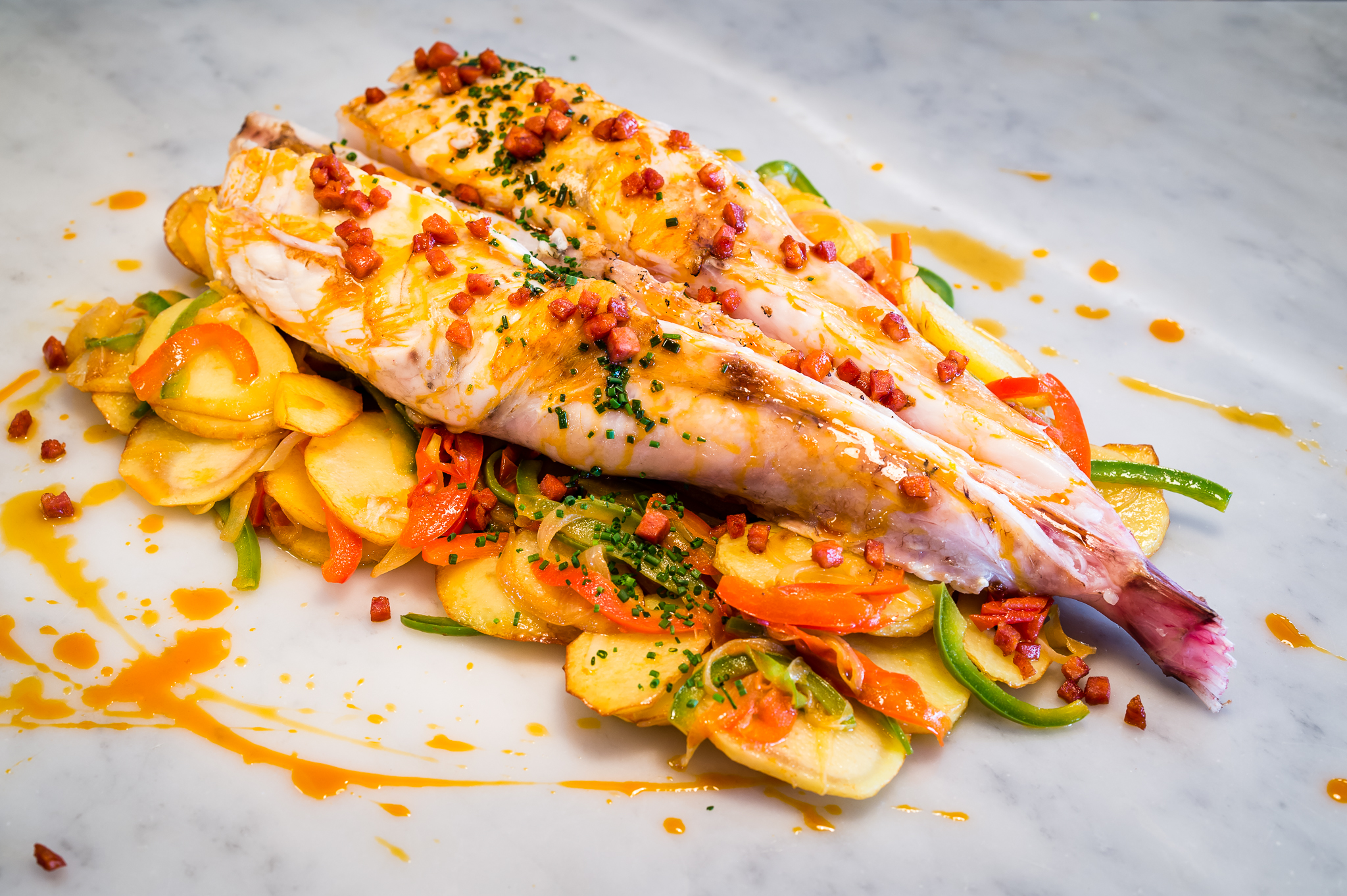 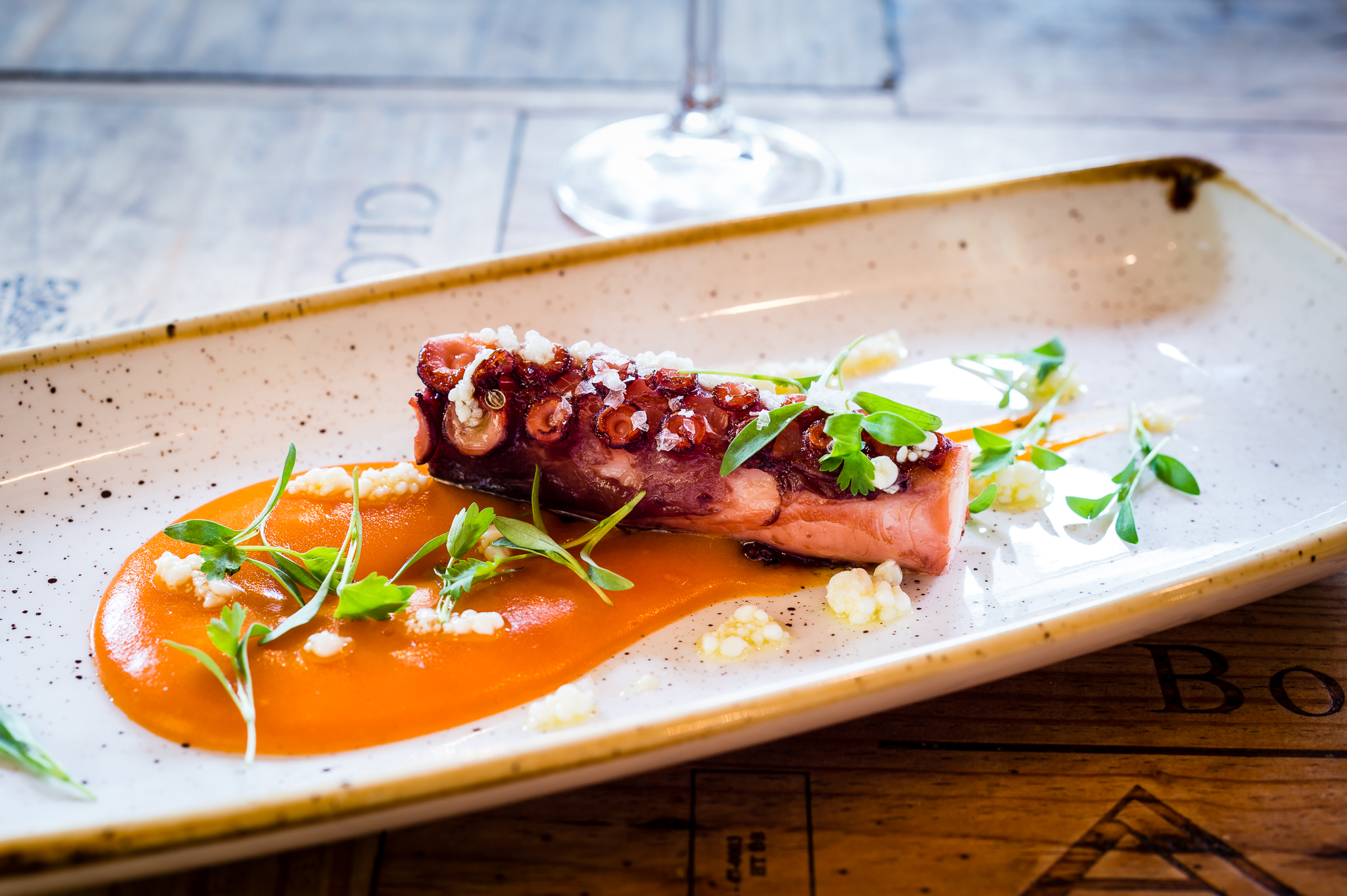 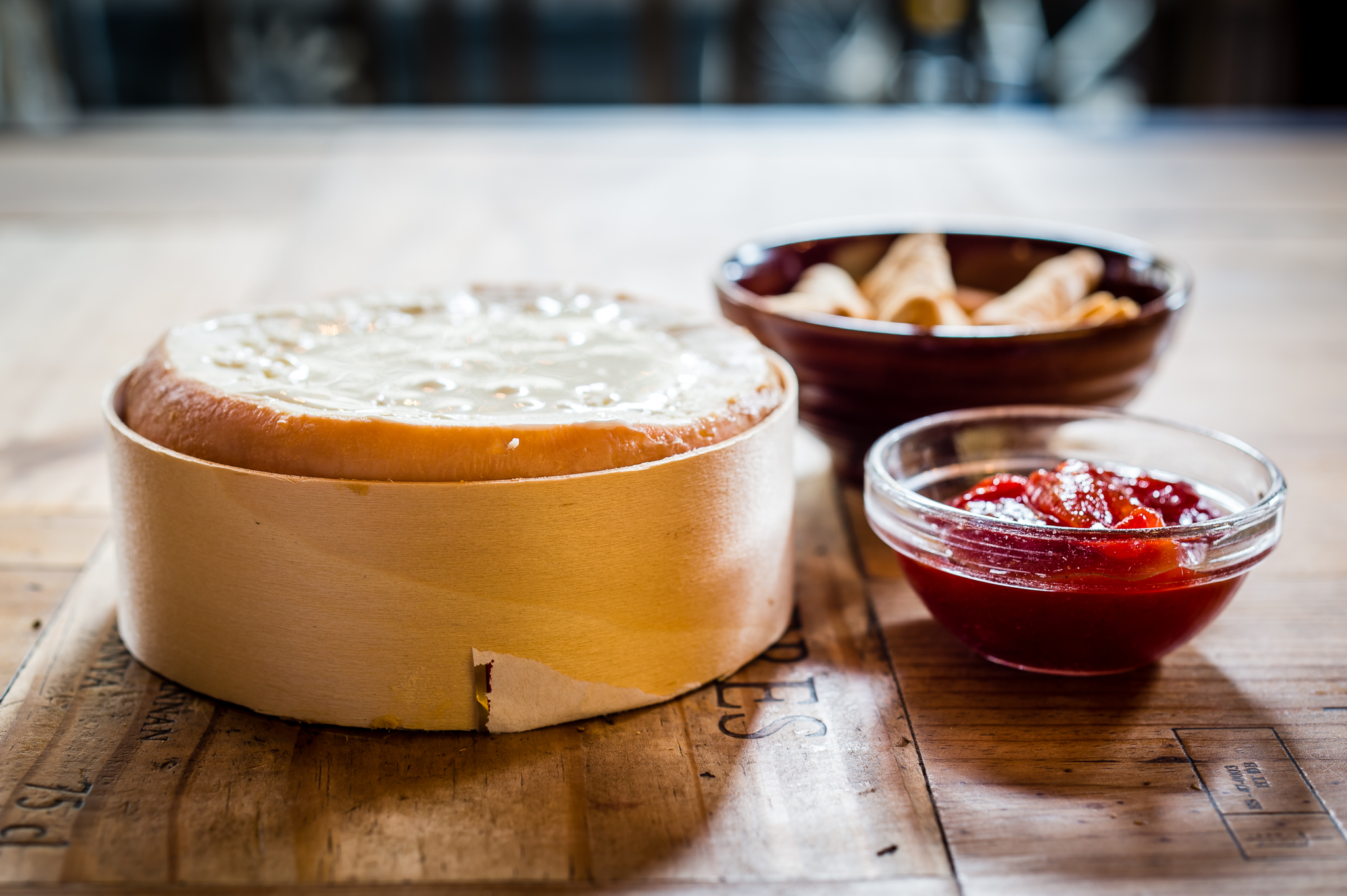 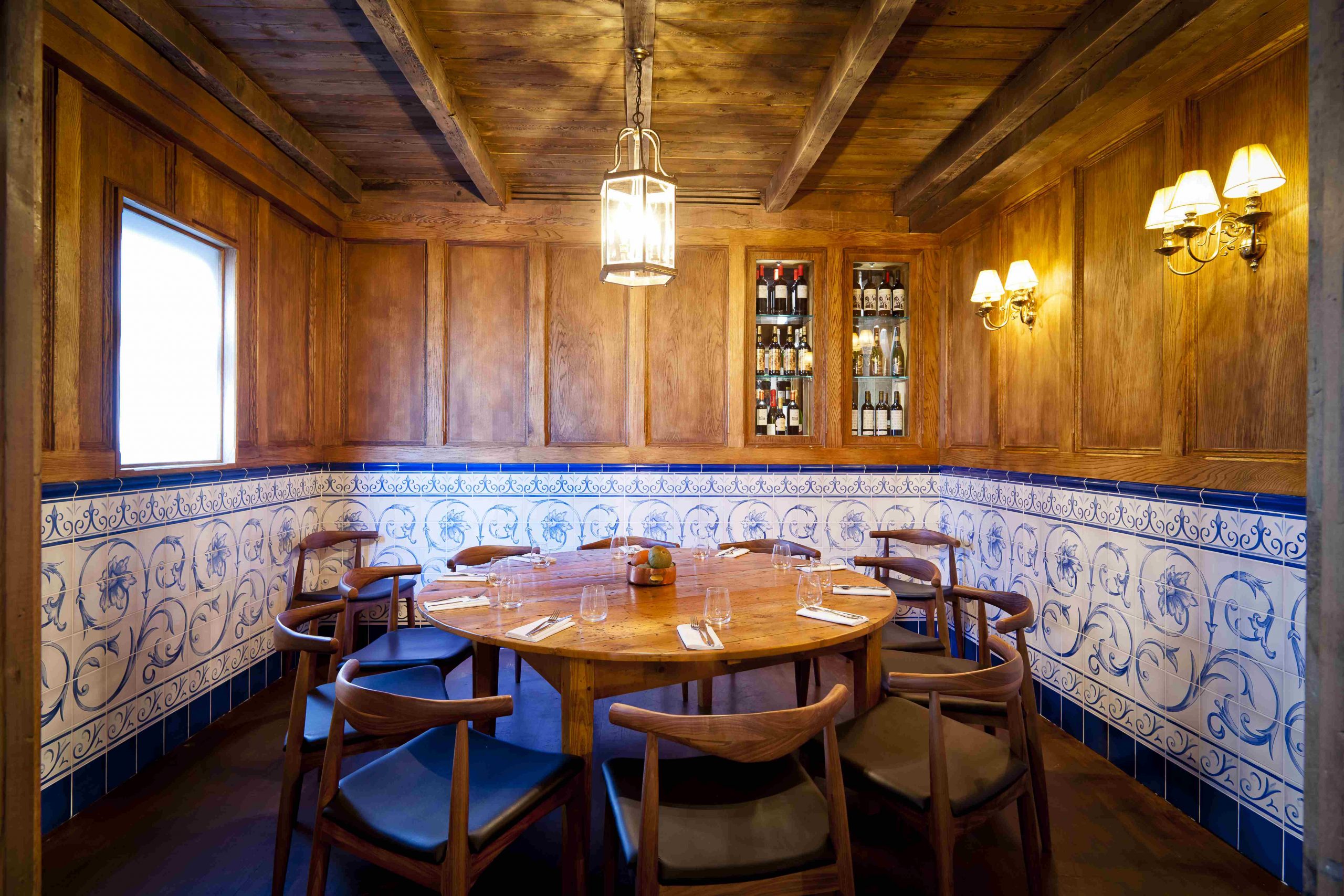 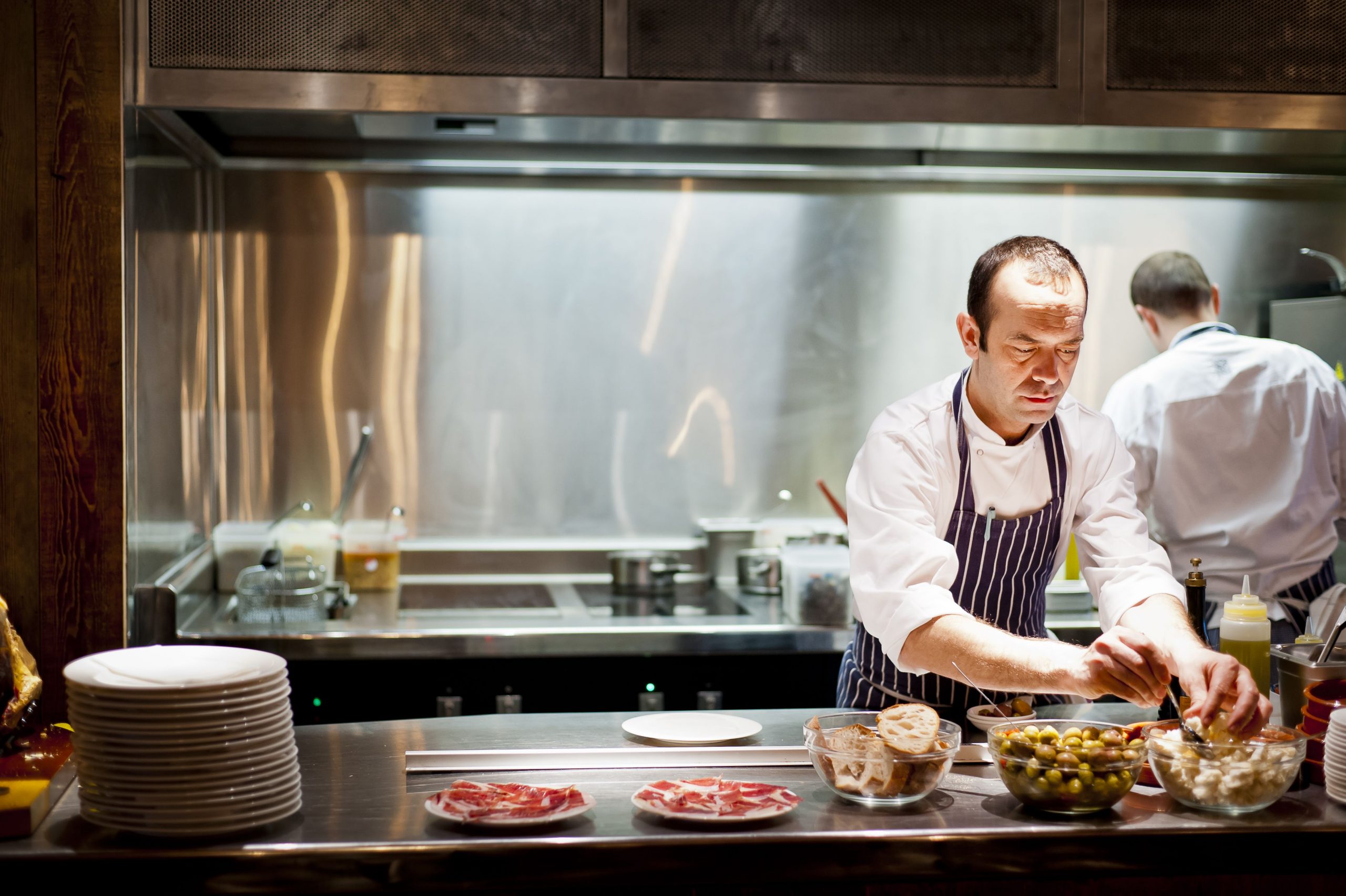 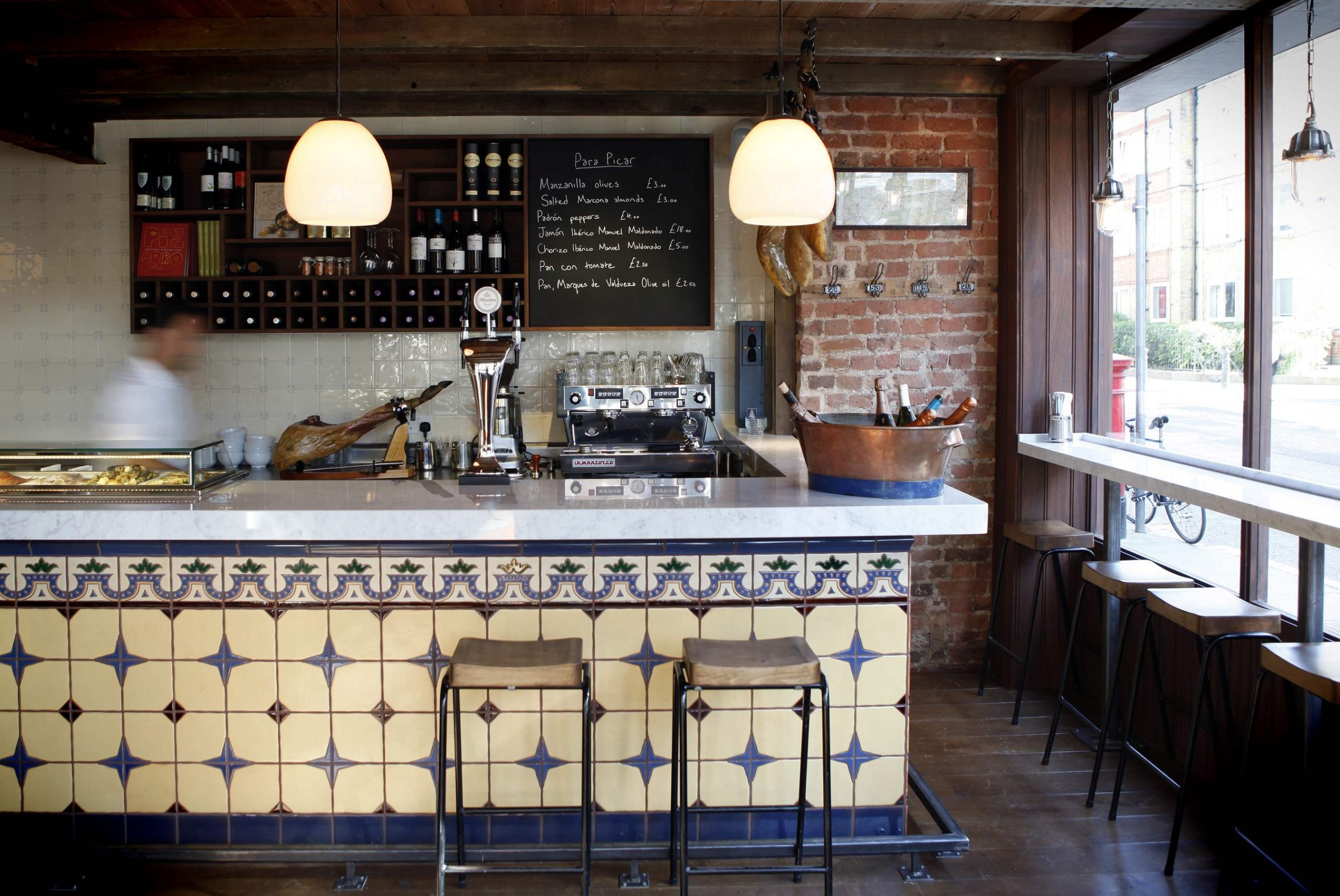 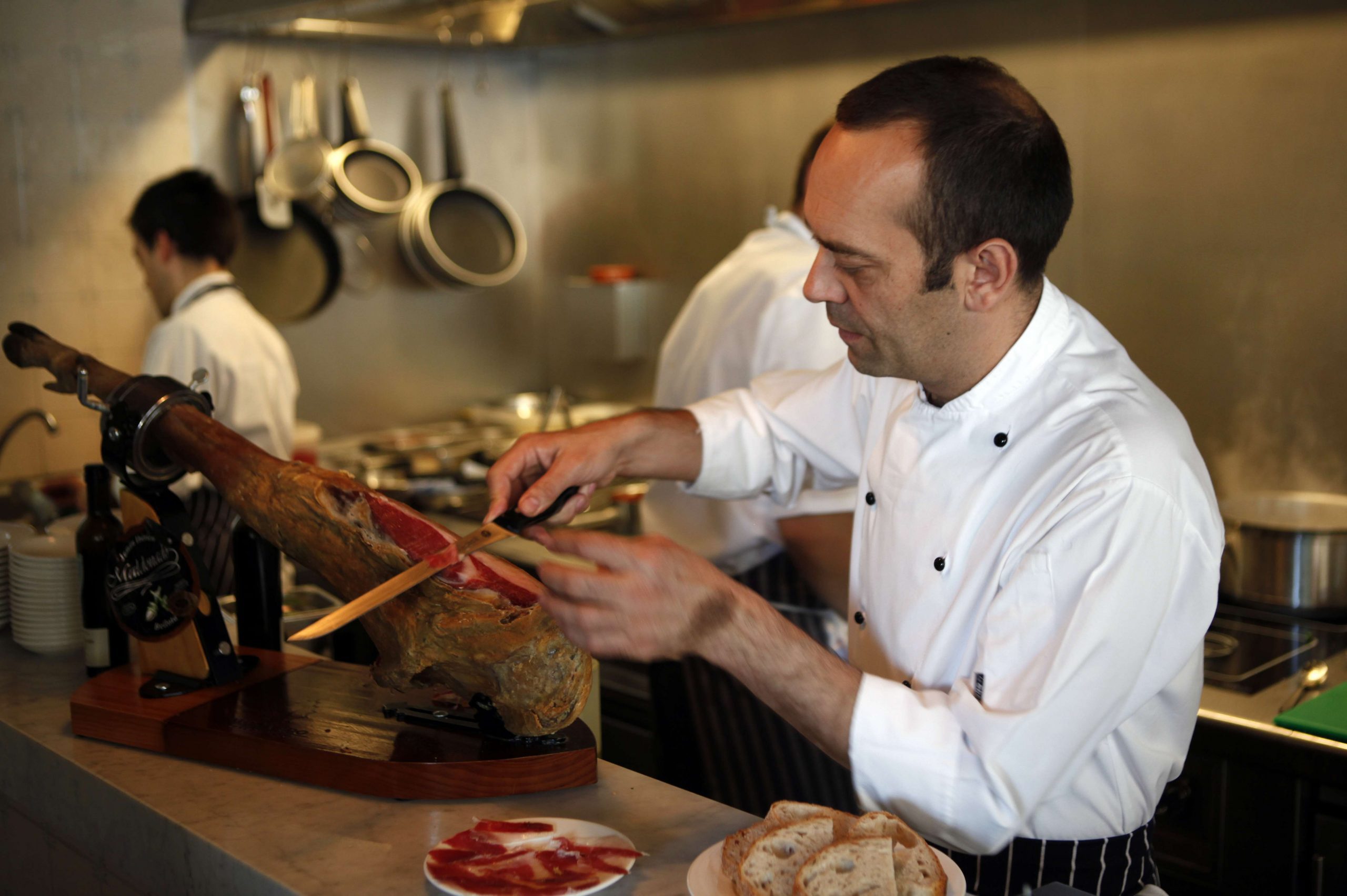 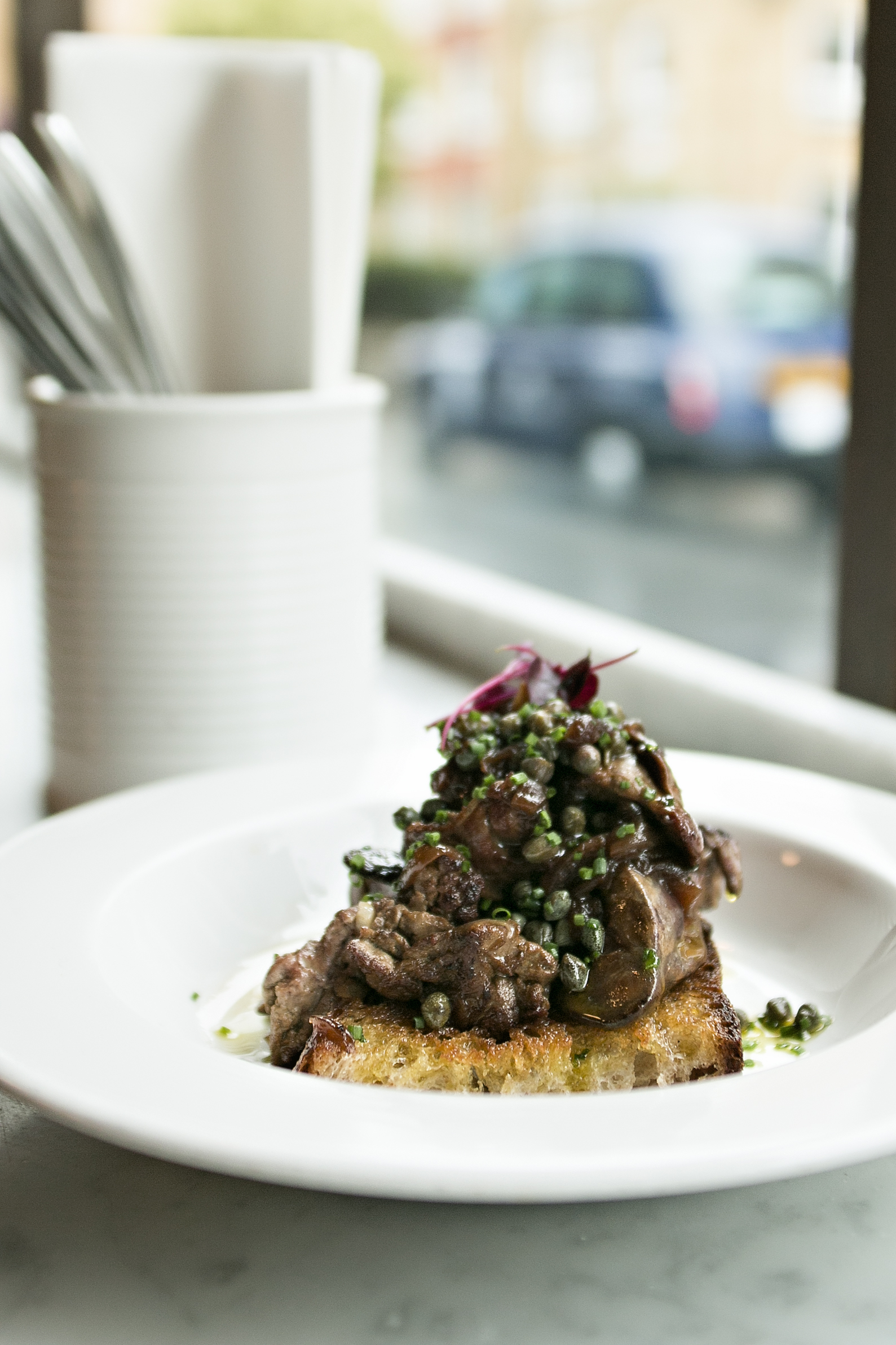 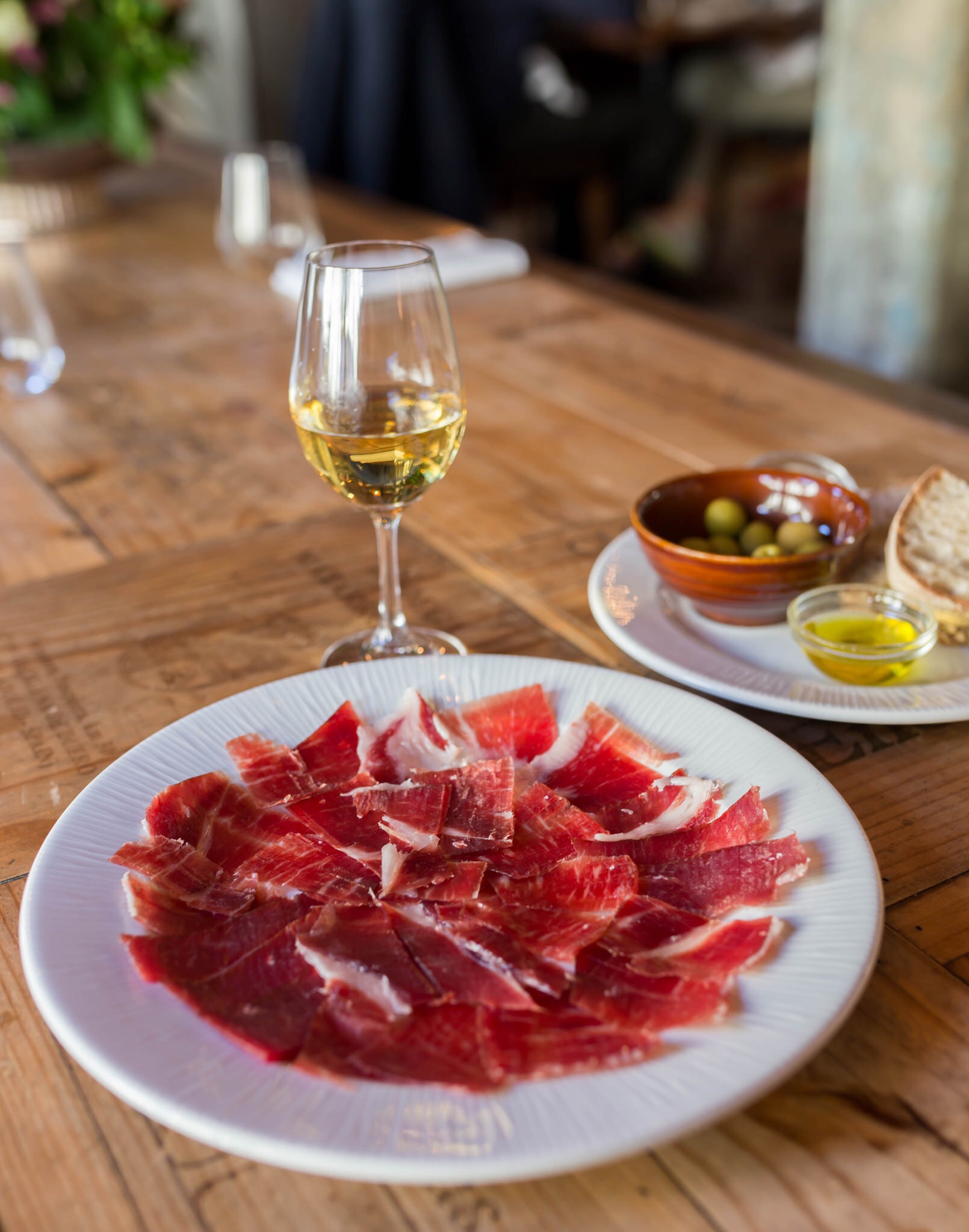 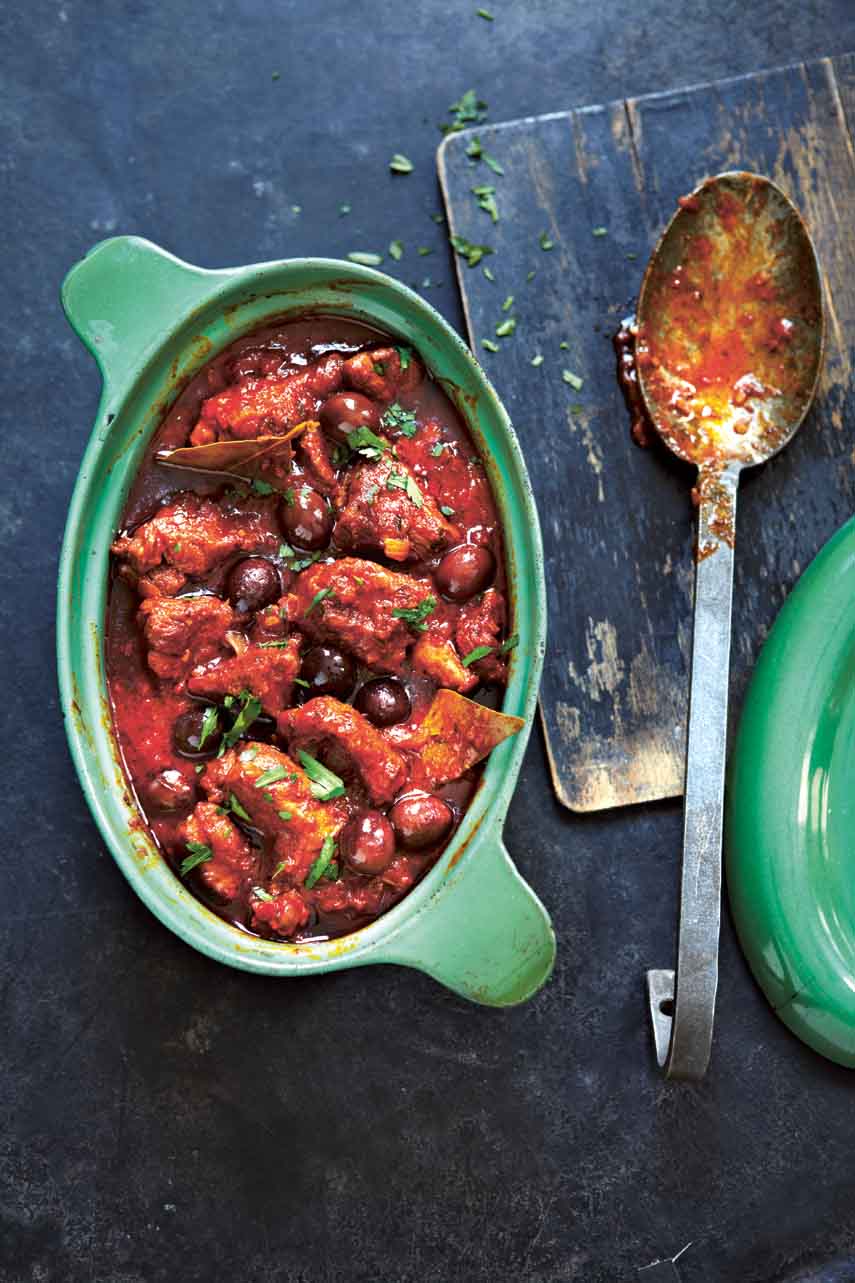 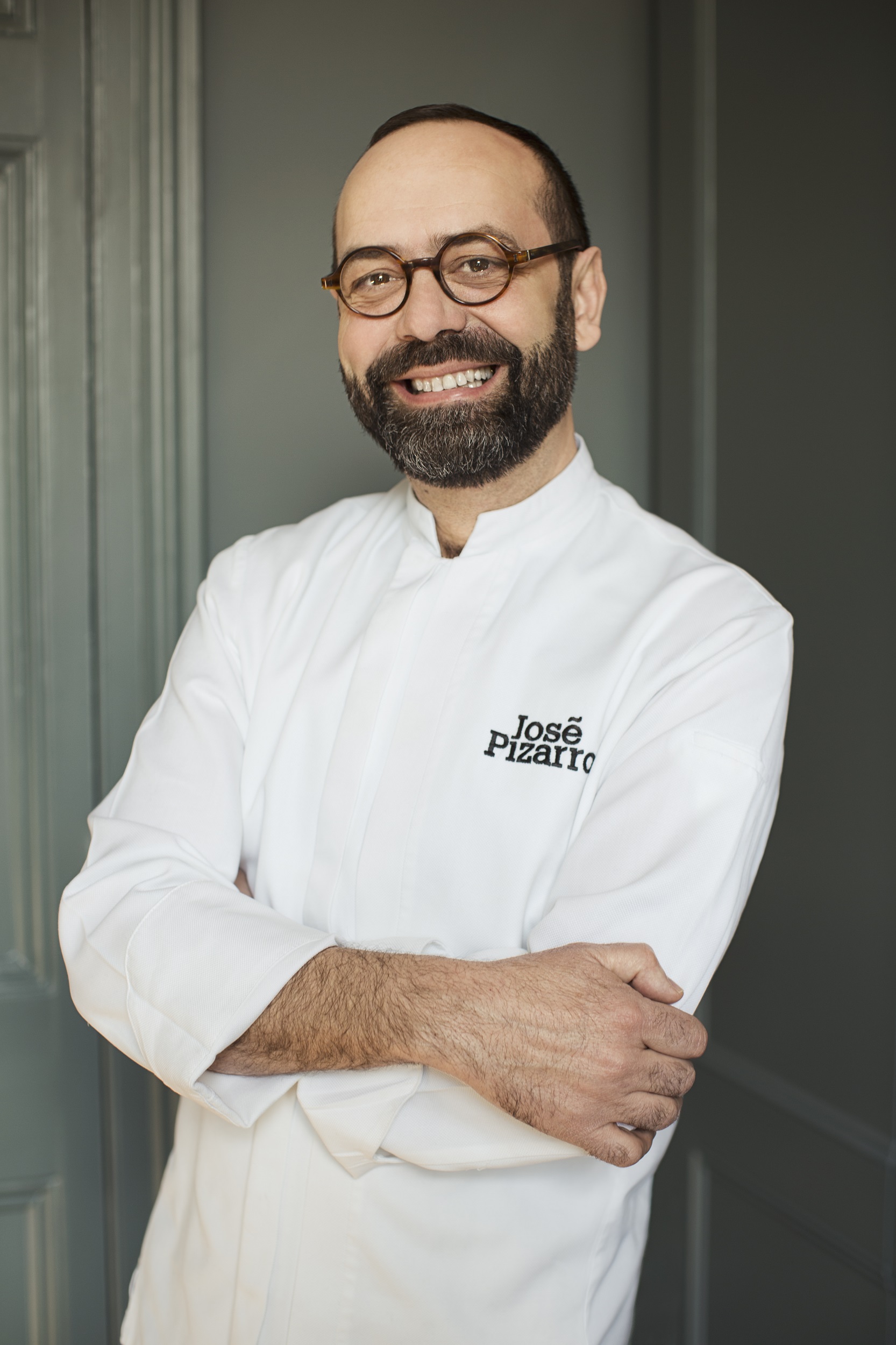 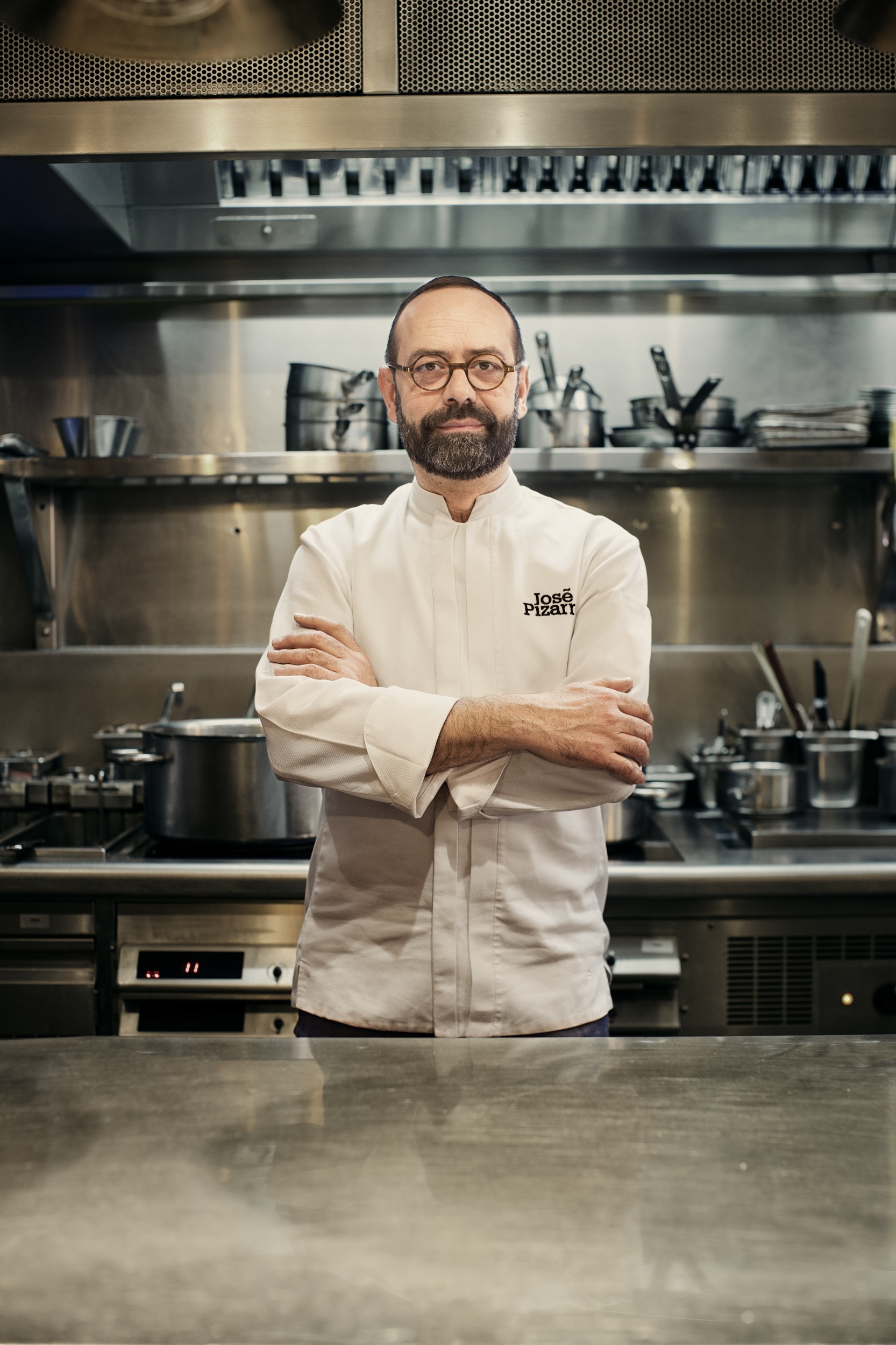 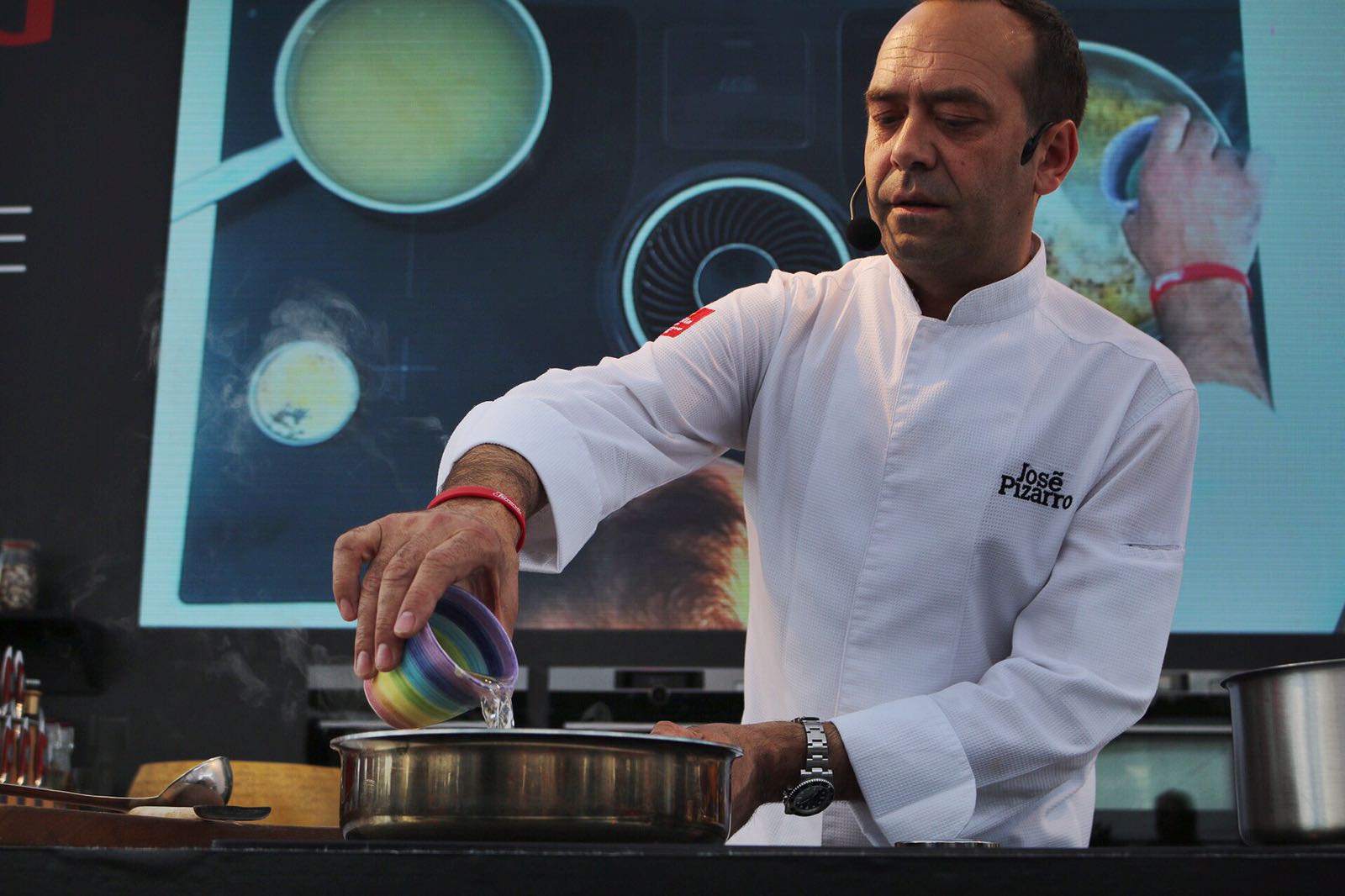 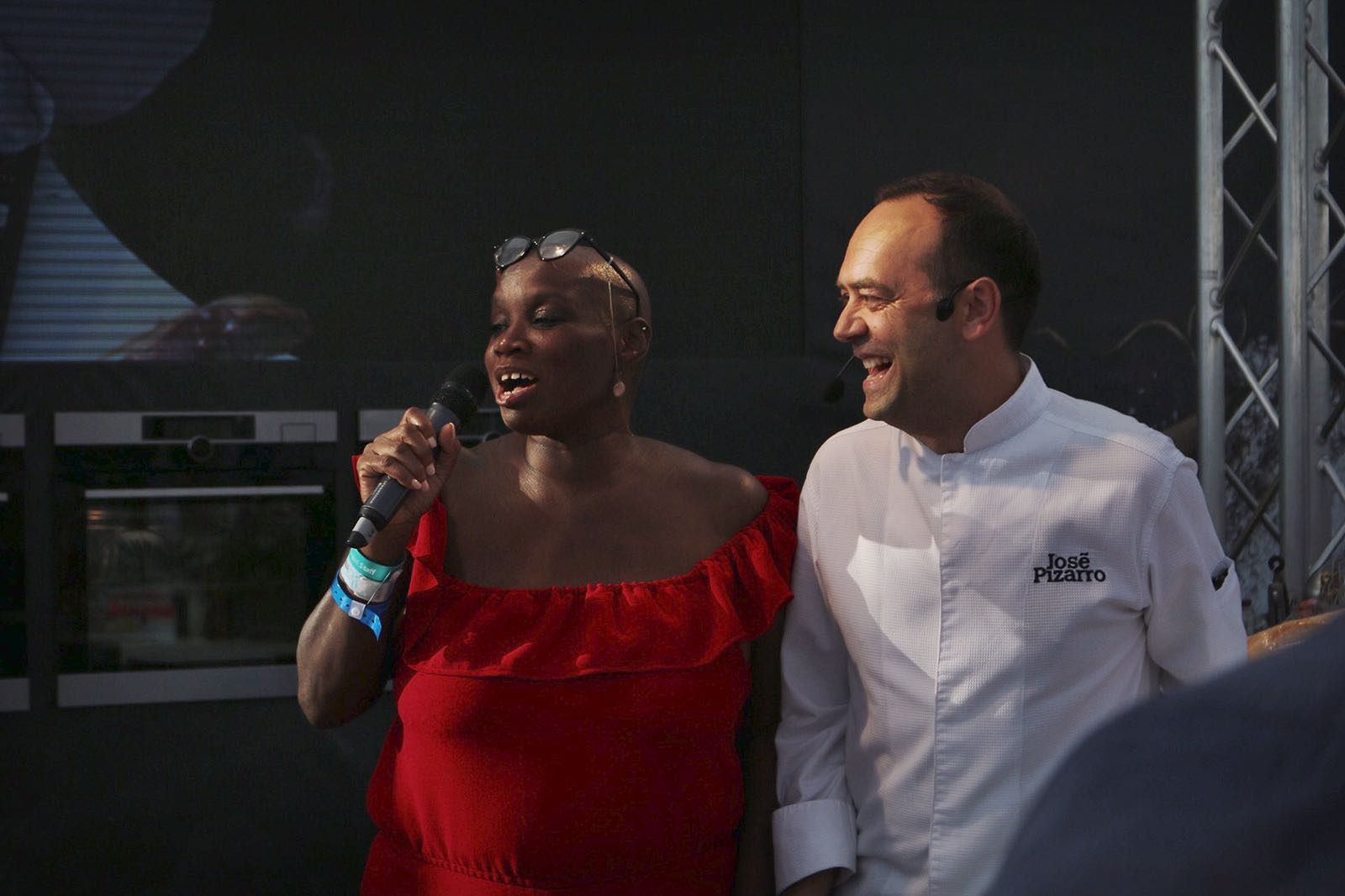 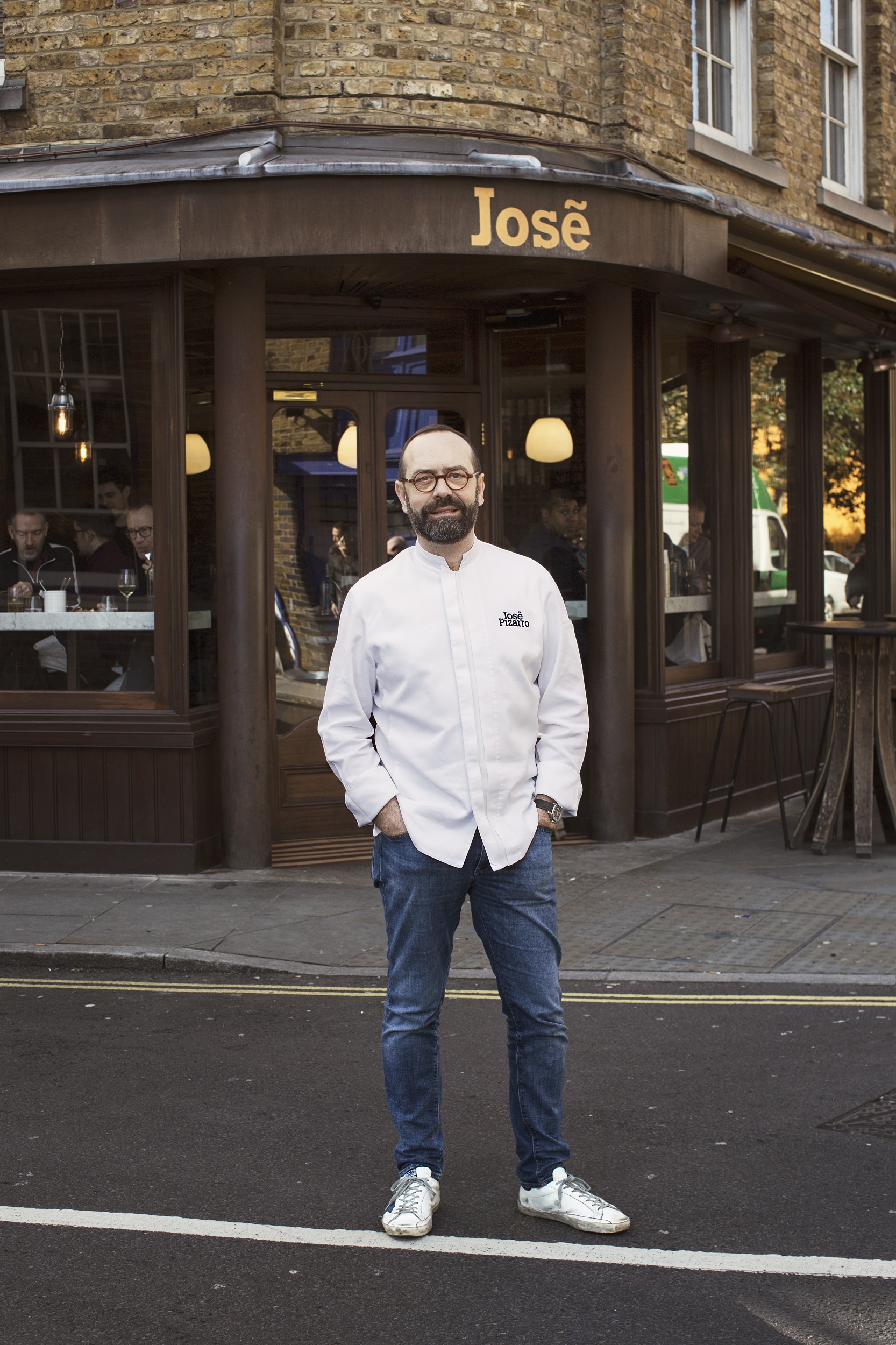 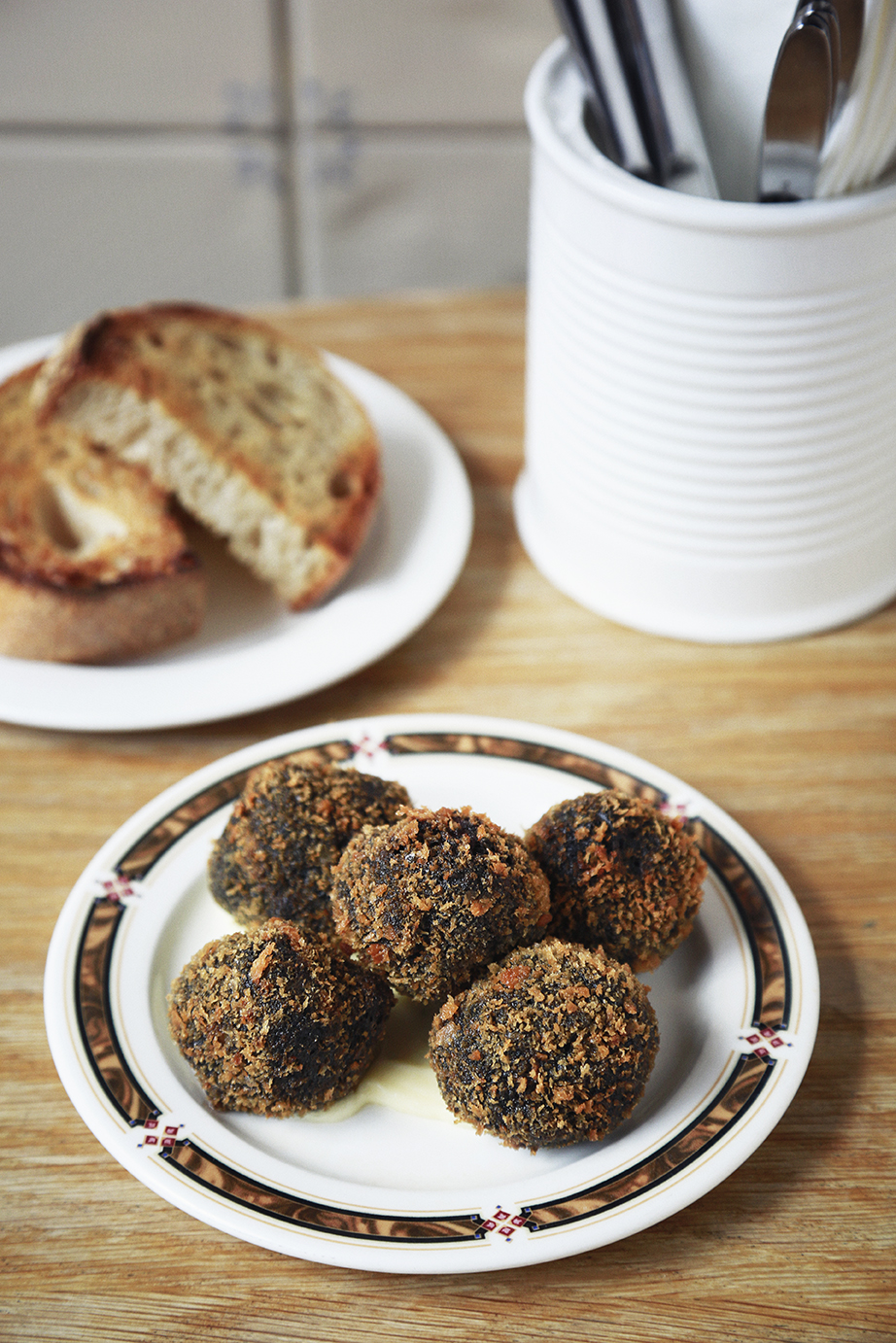 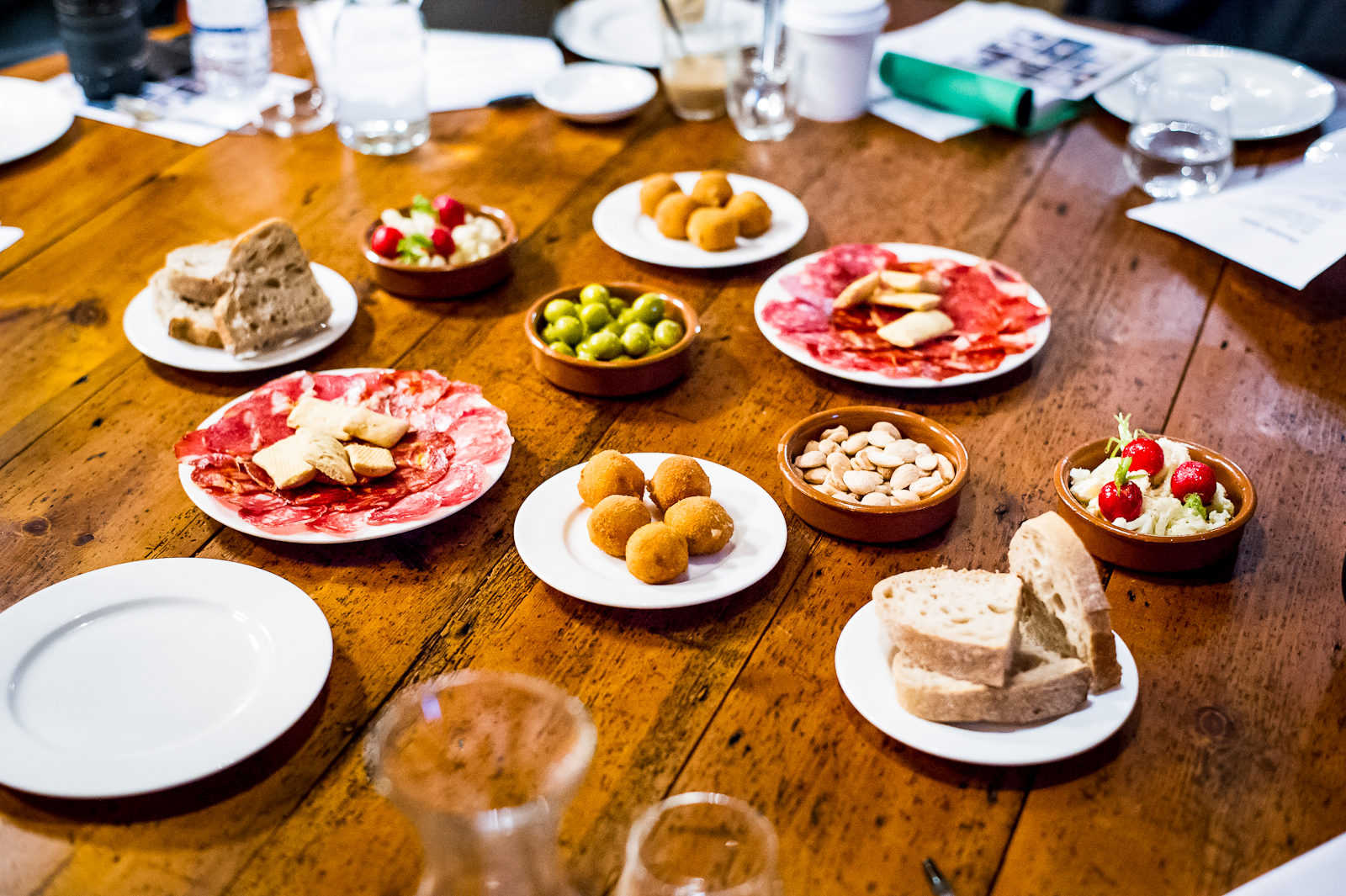 Dentistry or food? Yes, believe it or not, Spanish chef, José Pizarro considered both career paths, but thankfully his love of food was just too strong and he had no choice but to leave his passion for dentistry at the kitchen door.

Originally from a beautiful village, Talaván in Cáceres, Extremadura, José has now lived in London for over 20 years, and is often described as the Godfather of Spanish cooking in the UK. He spent his early years training in the top restaurants in Spain, before becoming Head Chef at a Michelin Star restaurant. After José landed on UK soil he spent his time working at some of London’s most prestigious Spanish restaurants including Eyre Brothers, Brindisa and Gaudi. In 2011, José opened his first solo venture, José Tapas Bar on Bermondsey Street. José Tapas Bar is a small and cosy venue, inspired by the bustling tapas bars of Barcelona. The daily menu depends on what looks good at the market on the day and it also serves an array of delicious Spanish sherries to compliment the dishes.

Later that year, José launched Pizarro Restaurant also on Bermondsey Street. He named the restaurant after his grandfather, who had a bar called Pizarro in Talaván. The restaurant went on to earn numerous accolades including World Food Awards Restaurant of the Year, Best Mediterranean Establishment at The Food Awards London, The Rosette Awards for Culinary Excellence, Food and Travel Magazine’s Best Newcomer of the Year and Best Restaurant of the Year. José went on to launch two further openings in the Capital: José Pizarroat Broadgate Circle and pop-up restaurant Little José in Canary Wharf.

José went onto open The Swan Inn in Esher. It’s always been José’s dream of owning a country pub where guests can while away the afternoons and evenings in good company next to a roaring fire. The Swan Inn brings José’s family cooking values to Esher while maintaining a British Pub feel. The menu includes José tapas favourites to share, such as his unforgettable croquetas, tortilla and 100% 5J Jamón Ibérico. In August 2021, José opened two vibrant restaurants at what he describes as “London’s most precious and prestigious art space”: the Royal Academy of Arts.

A regular on the food festival scene, his stage demonstrations are full of gorgeous anecdotes of growing up in Spain, how his Mum wouldn’t let him near the kitchen and his experiences of being a Spanish chef in London.

In 2014, José was voted one of ‘100 Españoles’ – a hugely prestigious award which showcases the top 100 Spaniards around the world, based on how they have brought their talents to the masses and how they have shown their Spanish pride and love of the country through their work. José loves nothing more than flying the flag for his homeland, so this award was particularly close to his heart as well as Extremeños de Hoy and awards of Gatronomy 2017 by El Periódico and Extremadura Turismo. In 2022, José was awarded Chef of the Year by Food & Travel magazine in their annual awards.

José believes that tapas is for all, and that home cooks don’t have to be scared off by the idea of cooking lots of dishes – it’s all in the prep & keeping it simple. José prides himself on taking traditional Spanish flavours and dishes and making them even better. This mantra of simplicity along with Jose’s charm, enthusiasm and passion for Spanish food has led to Jose appearing on many of our favourite foodie TV programmes. A regular on BBC 1’s Saturday Kitchen, José has also appeared on Sunday Brunch, Weekend Kitchen with Waitrose, Rick Stein’s Christmas, Food Network’s The Big Eat and James Martin’s Saturday Morning.

Earlier this year José opened Iris Zahara – a spectacular guest house in Zahara de Los Atunes, Andalusia. This exclusive seaside property is home to six guests at a time, who join José and his partner Peter for unique food-and-travel experiences.