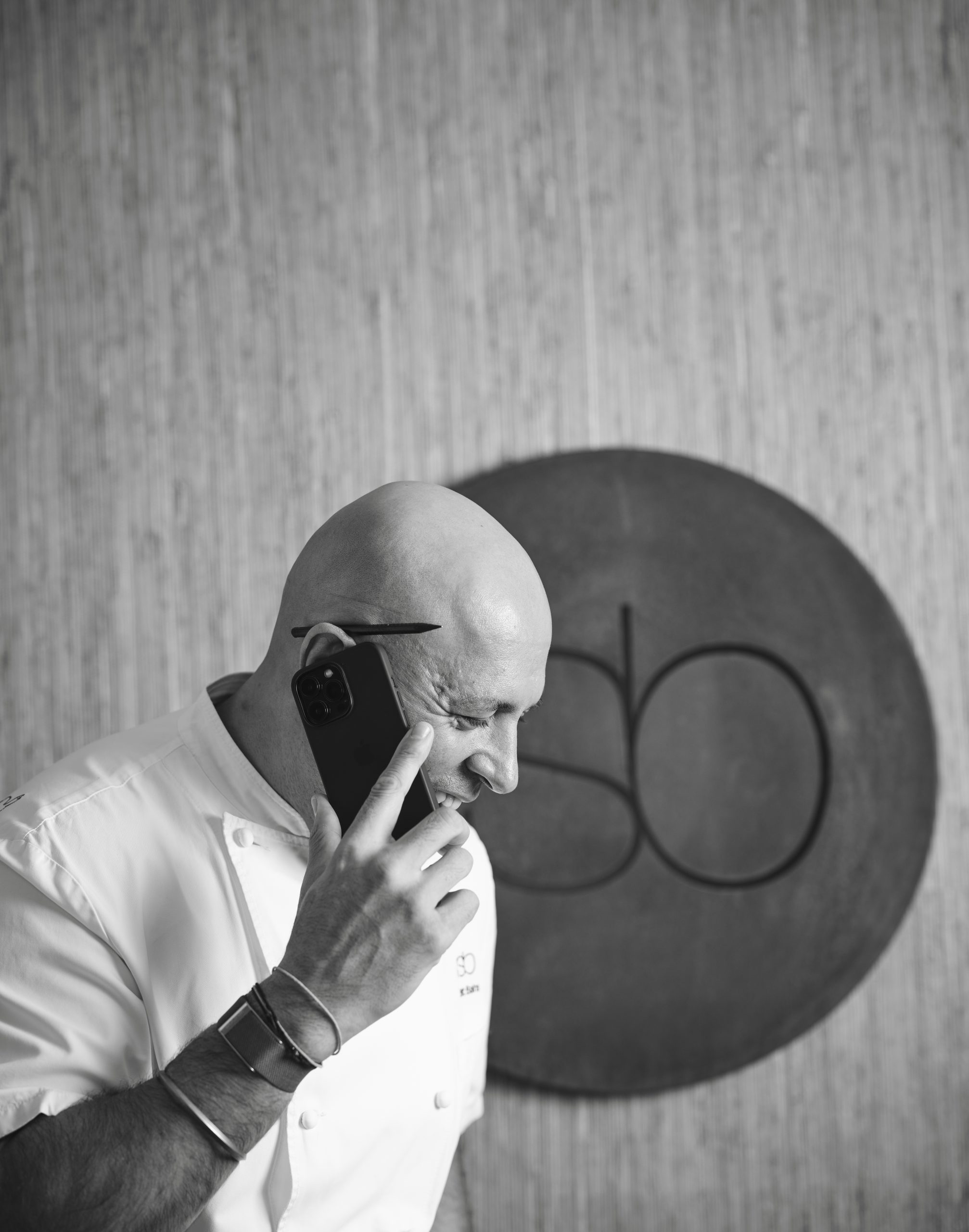 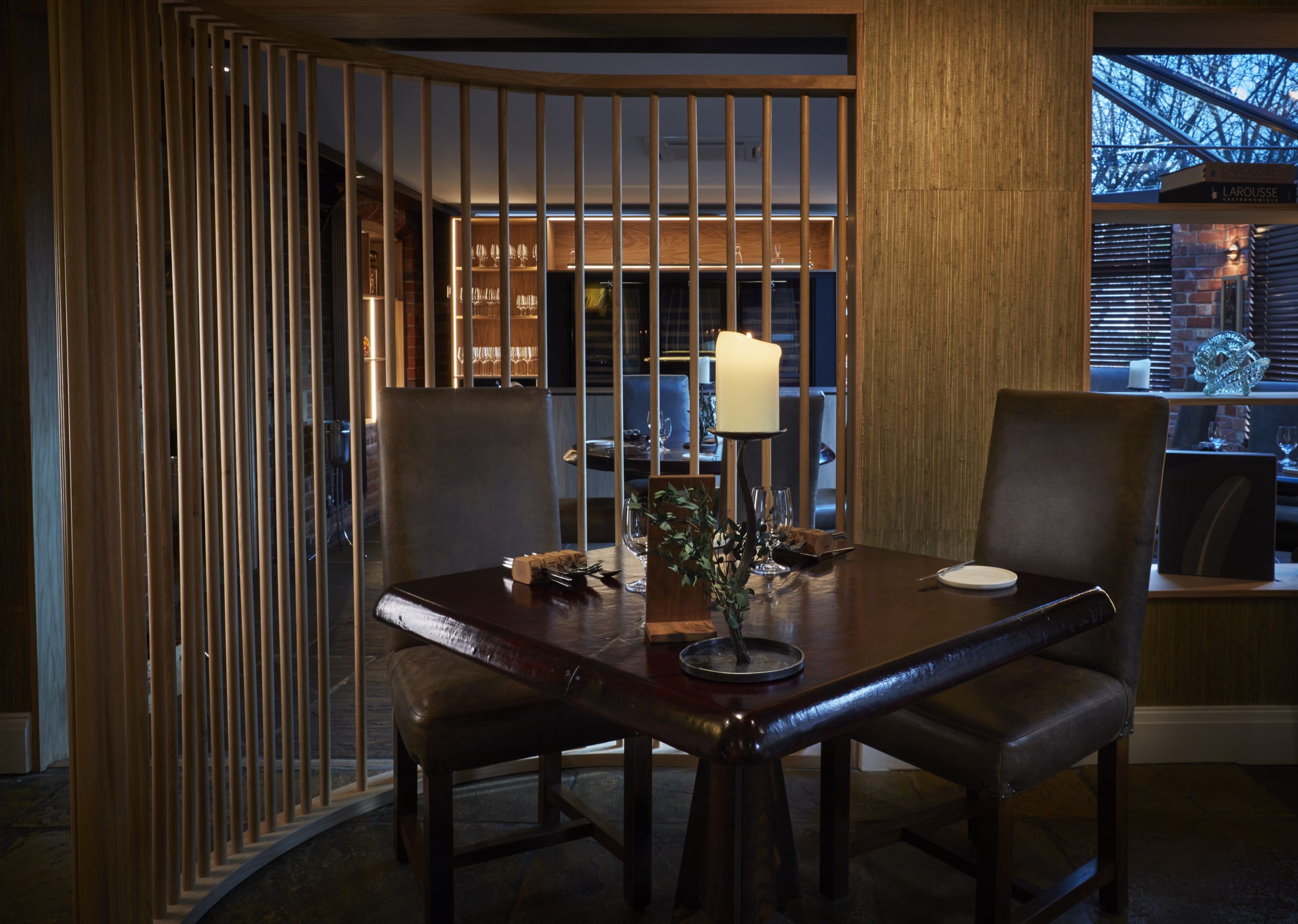 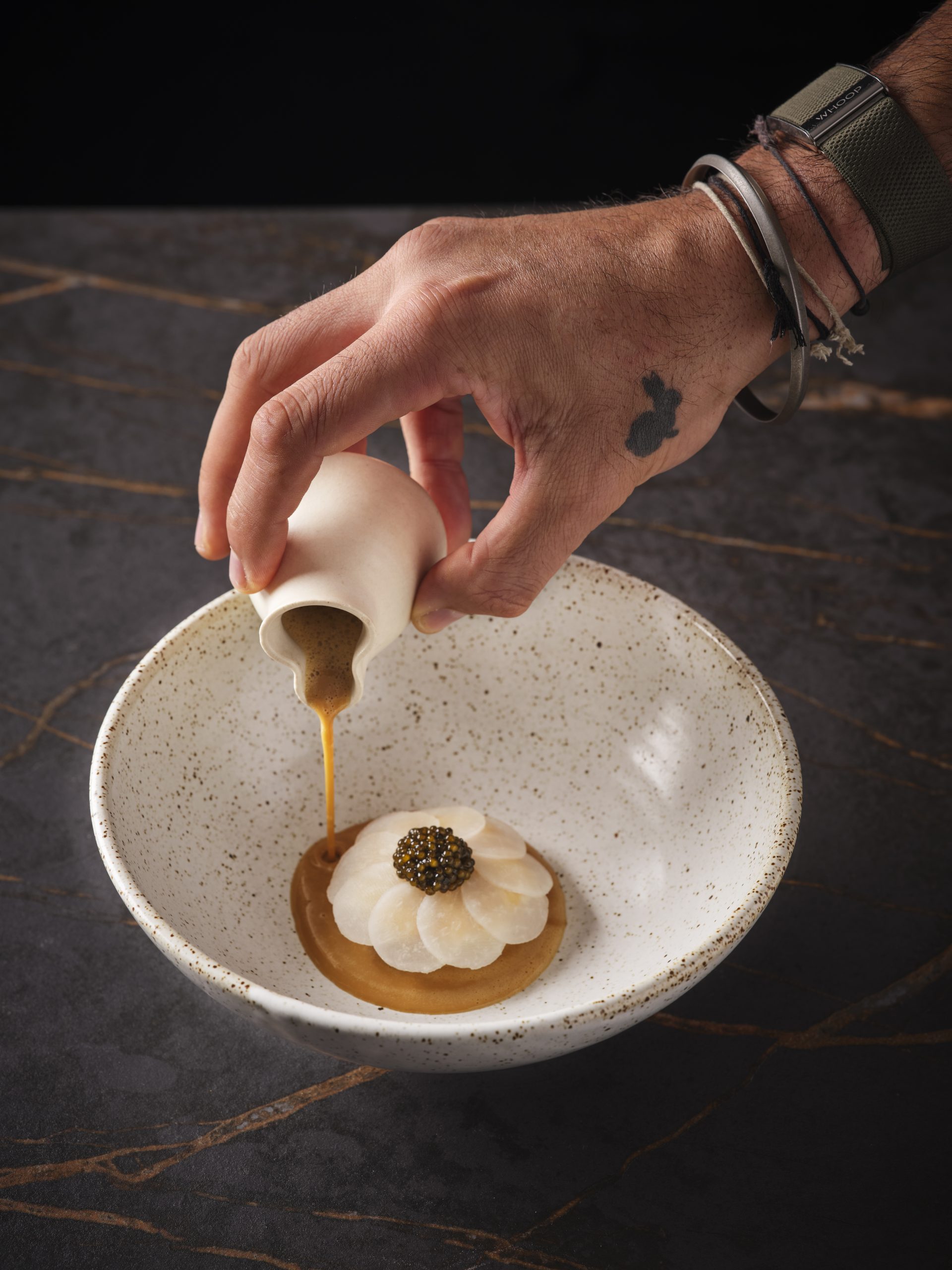 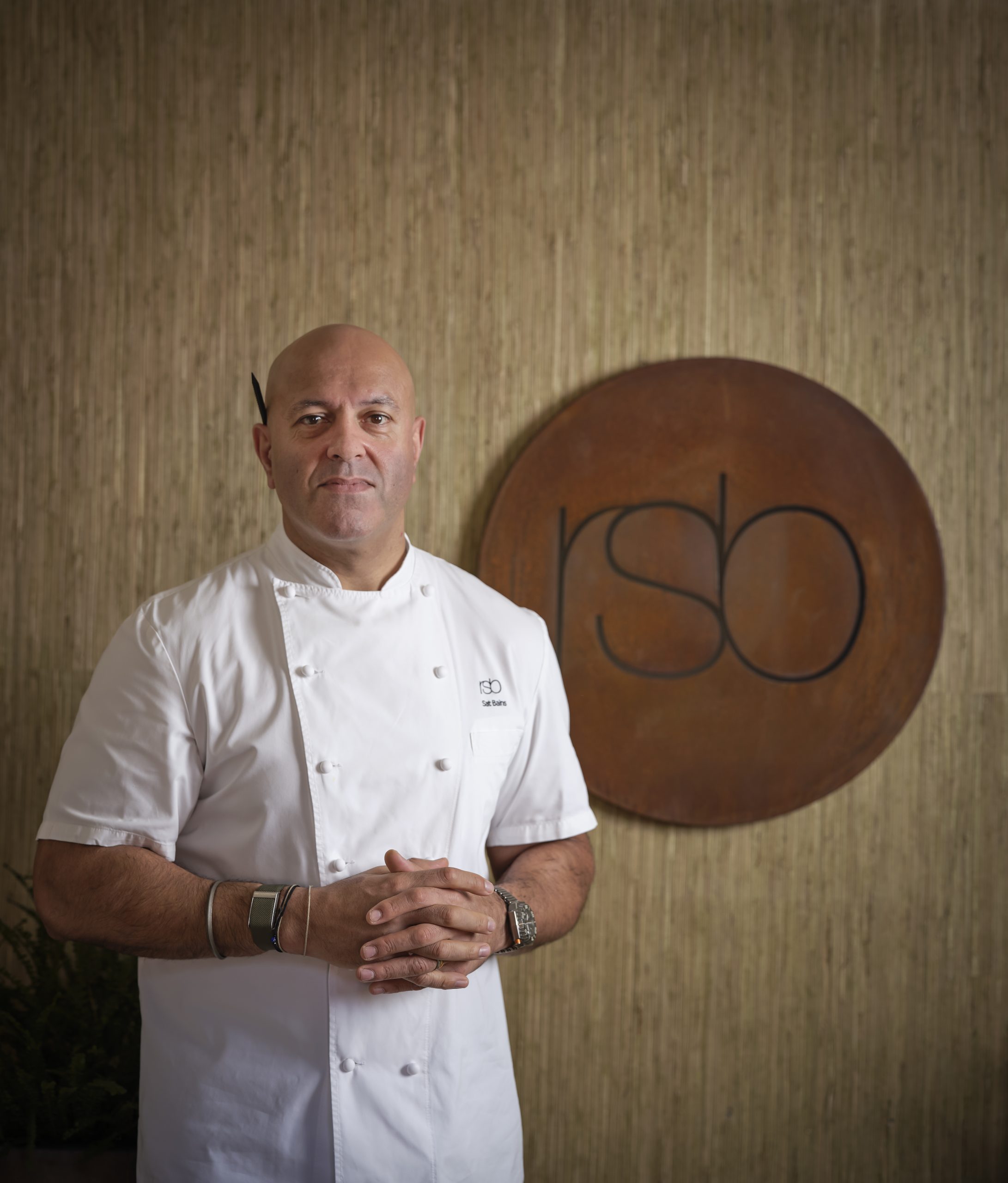 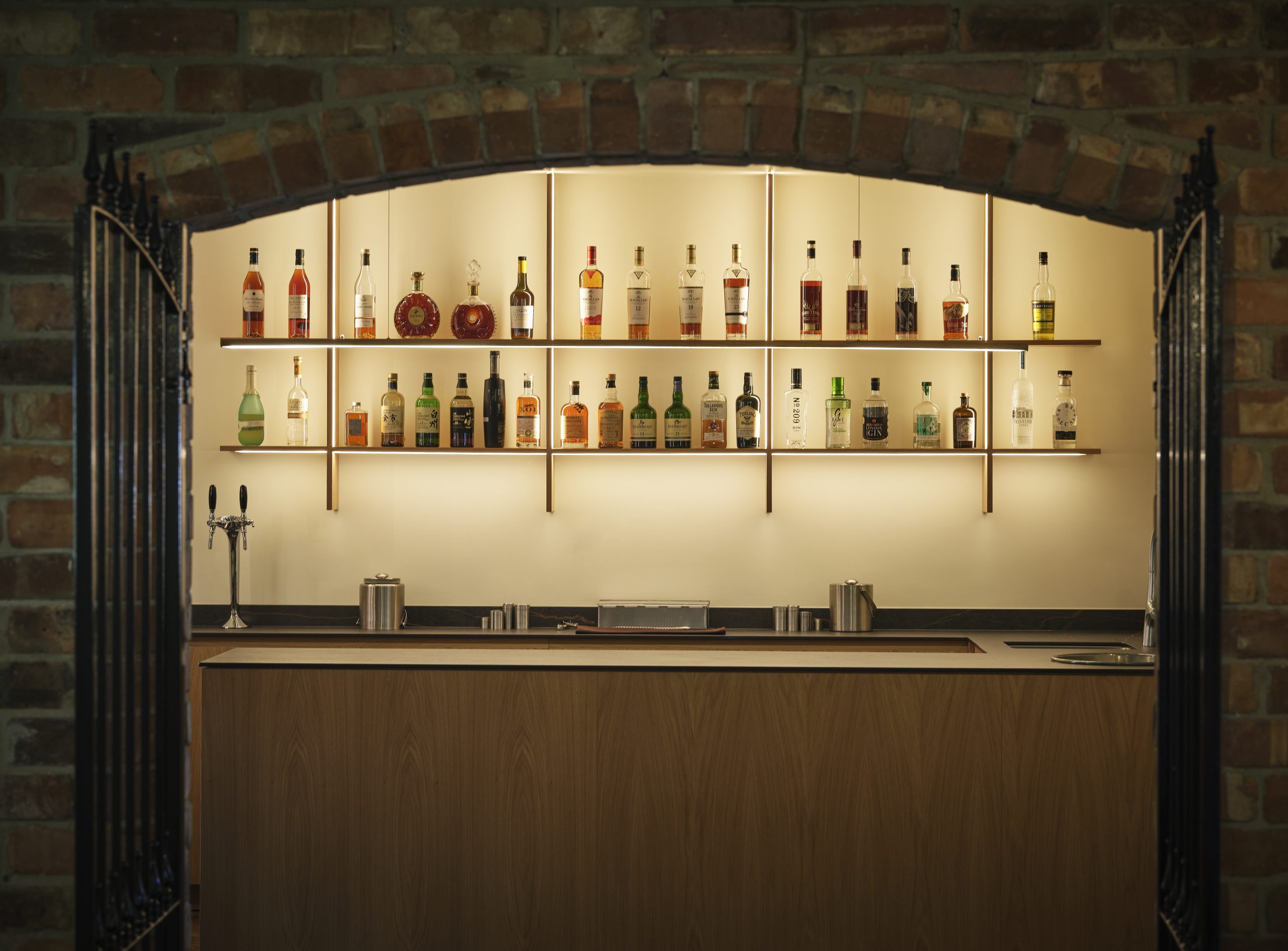 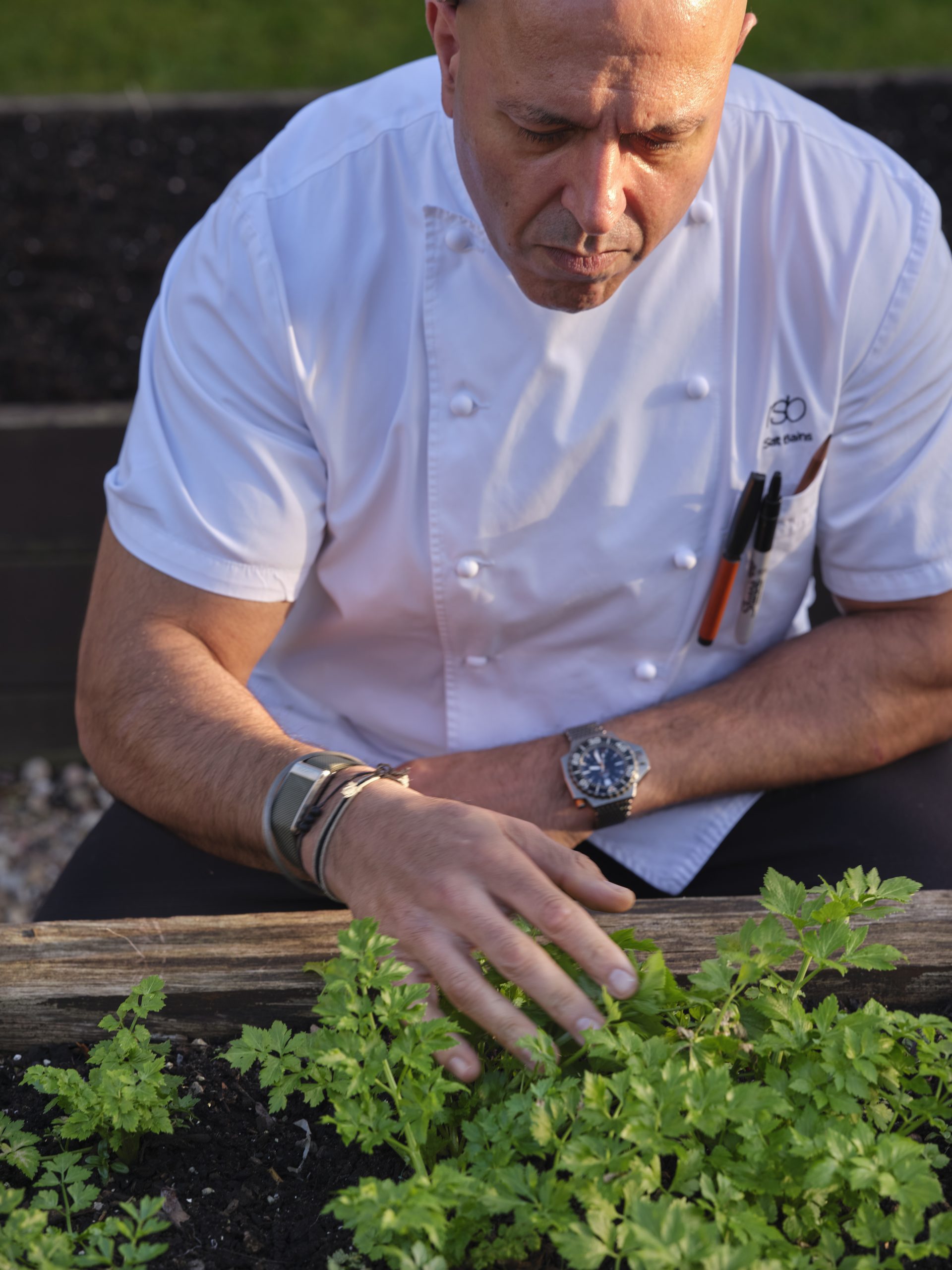 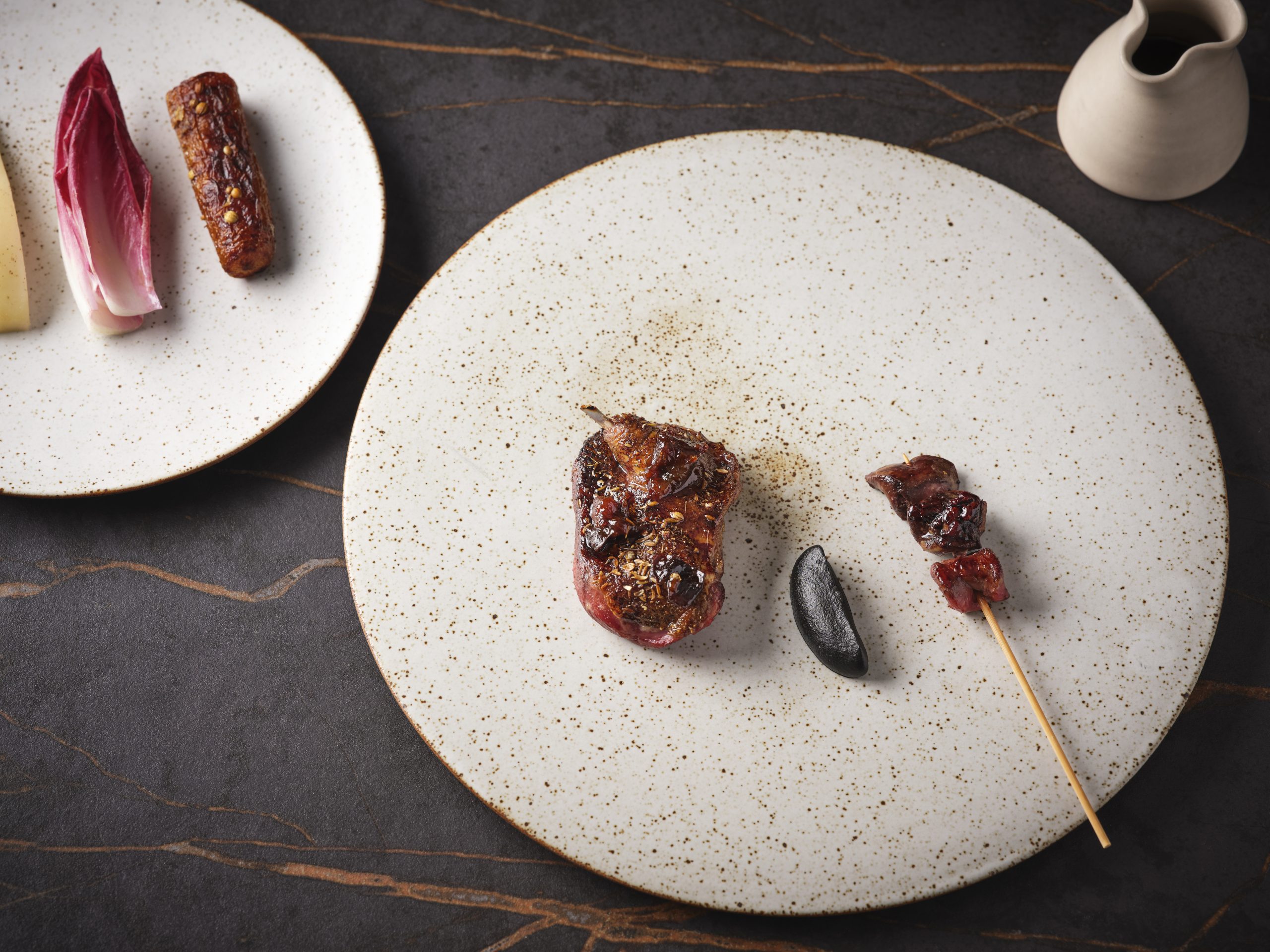 Sat Bains is the Chef Patron of the world renowned, two Michelin star Restaurant Sat Bains with Rooms in Nottingham, where he has been devotedly at the helm for 24 years.  His career in hospitality started when he passed his City and Guilds catering qualification at 17, a course he took only because the queue had the most girls!

His craftmanship was first formally recognised in 1999 when, aged 28, he won the Roux Scholarship and secured a place in the kitchen of the then, three Michelin-starred Restaurant Le Jardin de Sens in the South of France. In 1999 Sat returned from France to head up the kitchen team at Hotel des Clos, later to become Restaurant Sat Bains with Rooms.

Since taking ownership of his restaurant alongside his business partner and wife Amanda, they have created a world class restaurant, offering a modern, creative tasting menu with influences from all over the globe based on Sat’s travels whilst still maintaining his classic foundation in Gastronomy.

Sat was awarded his first Michelin star in 2003 and the second in 2011 which he has retained ever since.

His unique and original take on food has created a cooking style that was celebrated in the 2007 Great British Menu series. His recreation of the British classic, “Ham, Egg and Peas”, earned him a place at the final banquet as well as a perfect ten score from each of the three judges.

Sat’s book, Too Many Chiefs Only One Indian (published in 2012) reflects Sat’s meticulous and flavour-led approach to cooking.  Research, development and creativity are paramount in Sat’s food pairings and flavour combinations and behind every dish is a focus on seasonality and British ingredients.  The book, self-published, won nine international awards including the Gourmand World Cookbook Awards Best Designed cookbook. He also does an occasional slot on TV but does prefer to stay in his kitchen.

Eliminating waste and preserving the environment is also close to Sat’s heart and the restaurant was awarded a Michelin Green Star in 2021, recognising gastronomy and sustainability. He has installed a closed loop composting system at the restaurant, turning most food waste into compost for the garden, installed solar panels and only this year introduced biodegradable plastic wrap into all his kitchens.  Sat also works with the University of Nottingham on ecological projects involving food.

Sat was one of six authors credited with the recently published research paper in association with the Department of Gastrointestinal Surgery, University of Nottingham. He was approached by Surgeon Charles Maxwell Armstrong asking if he could witness service at Sat’s restaurant to see if there was a correlation between working in a two Michelin star kitchen and an operating theatre!

Aside from his cooking, Sat is passionate about nurturing the next generation of chefs by having a very hands-on approach at his restaurant. Many of the RSB Proteges are now the leading lights in British Gastronomy and now hold their own Michelin stars and accolades and run their own kitchens.